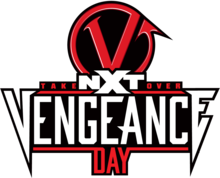 Dakota Kai entered the cage first for Team Candice. On the other side — after Shotzi Blackheart rode a newly constructed tank during her team’s entrance and even fired a missile from it — Ember Moon entered the cage to battle Kai for the first five minutes of combat.

Next, Blackheart entered and brought a toolbox with her, as she instantly put Kai at a 2-on-1 disadvantage.

González brought her uniquely powerful brand of enforcement to the contest and turned the tide quickly for her team.

After that, Rhea Ripley entered to transform the matchup into a nightmare for her opponents. Before the next competitor could enter, the match saw the first use of the hammer and other implements to come out of the toolbox.

Toni Storm then entered with a Kendo stick that she put to use in a hurry, blistering her foes with several savage strikes.

Shirai came to play next and threw ladders, chairs and more Kendo sticks into the rings. However, González and Storm repeatedly prevented the titleholder from entering through the WarGames door.

When Candice LeRae finally emerged as the final competitor, so did Indi Hartwell, and both took out Shirai to create a 4-to-3 advantage for Team Candice inside the cage. That was until Shirai climbed to the top of the cage, covered her upper body with a garbage can and fearlessly hurled herself down on top of everybody. With her entrance, Wargames officially began!

Trash cans, trash can lids, chairs, Kendo sticks, ladders and hammers all came into play during a breathtaking brawl, which was highlighted by Kai placing Shirai in a garbage can and crushing her with a double stomp from the top rope, as well as Moon leveling Kai with a jaw-dropping Eclipse onto two chairs.

Out of the carnage, González powerbombed Shirai off the top rope to send her splattering through a ladder between the two rings, claiming the pinfall over the NXT Women’s Champion.

In a highly personal showdown, Tommaso Ciampa emerged for an all-out fight with Timothy Thatcher. In the battle that followed, both Superstars got that and more, with Ciampa emerging victorious with Willow’s Bell.

Early in the action, the sadistic Thatcher damaged the already injured neck of his opponent and continued to target the Ciampa’s throat and neck area throughout the matchup.

Refusing to give in, Ciampa battled back and injured Thatcher’s ribs, making it difficult for Thatcher to breathe.

The Blackheart overwhelms the master of Thatch-As-Thatch-Can with a flurry of clotheslines and a massive superplex. Catch WWE action on WWE Network, FOX, USA Network, Sony India and more.

Soon, Ciampa hit an awesome superplex off the top rope, but he hurt his neck further while executing the move. Still struggling to breathe, Thatcher struck back with a Guillotine that brought further pain to the neck of Ciampa. Moments later, Ciampa roared back by catching his opponent with a knee and left a grizzly battle scar on Thatcher’s ear.

Ciampa emerged victorious when he countered a Guillotine into an earth-shattering Willow’s Bell for the three-count.

After the match, each man rolled onto the apron, locked eyes and exchanged icy glares. Even as Thatcher begrudgingly exited up the ramp and left the ring to Ciampa, the two competitors continued to stare daggers through one another.

Photos: Ciampa and Thatcher brutalize one another in epic slugfest

Tommaso Ciampa is still as dangerous as ever: WWE Network Exclusive, Dec. 6, 2020

Before the bell in his Strap Match against Dexter Lumis, Cameron Grimes presented his own strap. And when the official turned to place it on Lumis, Grimes unleashed a vicious pre-match assault on his opponent both inside and outside the ring as he tore at Lumis’ face and body with the strap. Nevertheless, Lumis battled back and attached himself to the strap to start the match.

Although Grimes took the action outside the ring, Lumis came along for the ride and turned the entire ringside area into a destructive weapon. Grimes soon hurled his adversary over the barricade to get a breather, but like something out of a horror movie, Lumis kept coming at him.

Grimes gained the advantage at ringside and, after placing a bag over his opponent’s head, used the original match strap to punish his foe relentlessly. Nevertheless, Lumis’ sixth sense kicked in, and the still blind Superstar roared back with a spinebuster.

Grimes regained control by bashing Lumis into the WarGames support structure, but Lumis soon answered by using the strap to pull Grimes clear off the apron.

Back in the ring, Lumis whipped his opponent senseless, though Grimes roared back with a thunderous German suplex into the upper turnbuckle and wasted little time attacking his opponent with a brutal steel chair assault.

Out of a wild brawl, Lumis tied up Grimes’ legs and pulled him off his feet to drop him face-first into the chair before locking his opponent in Silence to force him to tap out.

Photos: Lumis and Grimes pulverize one another in Strap Match

Ruff stormed out of the starting blocks to dispel Gargano’s notion that he was a “joke” and show that he was a true champion that deserved respect. After twice warning the titleholder to stay out of the action, Priest hurled Ruff through the barricade with the Razor’s Edge. The move created a momentary one-on-one between Priest and Gargano.

After Gargano and Priest exchanged the advantage with a flurry of attacks, Ruff heroically remerged to throw himself into the action!

In one standout moment, Gargano even tied up Priest in the ropes of the second ring, but Damian eventually used his size to fight free.

Then, a barrage of ghost-faced assailants once again emerged to attack Priest. Priest fought them off and reengaged his opponents. But just when it looked like Priest might reign supreme on Gargano with the Reckoning, another masked assailant emerged on the apron and smashed Priest with a pipe. Gargano took advantage by blasting Ruff with One Final Beat to regain the title!

After the match, the masked man unveiled himself as none other than Austin Theory!

In a WarGames showdown of absolute chaos for the future of NXT, The Undisputed ERA stood tall over Pat McAfee, Pete Dunne, Oney Lorcan & Danny Burch.

The Undisputed ERA returned to WarGames for the fourth time and sent Kyle O'Reilly to the cage first. In response, Pete Dunne started the match and battled O’Reilly for the first five minutes.

Oney Lorcan next joined the fray, which definitely spelled “bad news” for O'Reilly (as commentator Wade Barrett might say). After O’Reilly suffered at the hands of a 2-on-1 disadvantage, Bobby Fish emerged, and Undisputed ERA took charge.

Danny Burch entered next and brought a pair of dangerous cricket bats for his team to use to its advantage. Despite the damage the weapons caused, Roderick Strong joined next and took on all three of his opponents at once until the numbers game caught up with him, and Team McAfee again took over.

McAfee entered next and brought steel chairs and tables labeled with his opponents’ names on them. He then sat back for a bit until the opportune time came to hit a moonsault on Strong off the top rope and through a table. Adam Cole joined last and sprayed his foes with a fire extinguisher, as Wargames officially began!

For a while, McAfee sat back and only attacked when it served his purpose. That was until Cole smashed him with a chair. McAfee even managed to nail Cole from behind and lock him in the Figure-Four Leglock, but Cole reserved it and continued to dish out pain.

Then, The Undisputed ERA placed Dunne, Burch and Lorcan between the ropes and the unforgiving steel and took turns ramming them into oblivion. This left McAfee on the wrong side of the 4-on-1 assault at the hands of The Undisputed ERA in a moment of poetic justice. However, the assault also gave Team McAfee time to get back in the action, setting up a brawl on the side of the cage that ended with Cole hitting Dunne with a neckbreaker and Strong hitting a Superplex on McAfee. Then, as both sides began to brawl in the middle of the ring, McAfee suddenly leapt off the top of the cage, somersaulting onto the Superstars below!

Out of the fray, O’Reilly and Dunne battled one-on-one, and The BruiserWeight nearly got the pinfall with the Bitter End. O’Reilly then roared back and suplexed Dunne onto the metal floor between the rings. Nevertheless, McAfee put an end to O’Reilly’s onslaught with a chair strike. Cole tried to use the chair against him, but McAfee caught him with a low blow.

After Fish tackled Burch through a table, Cole hit McAfee with a superkick as McAfee jumped from the top rope. Nevertheless, McAfee still kicked out of the Panama Sunrise! And when bedlam ensued once more, O’Reilly leapt off the top rope and drove the steel chair into the face of Lorcan for the three-count.