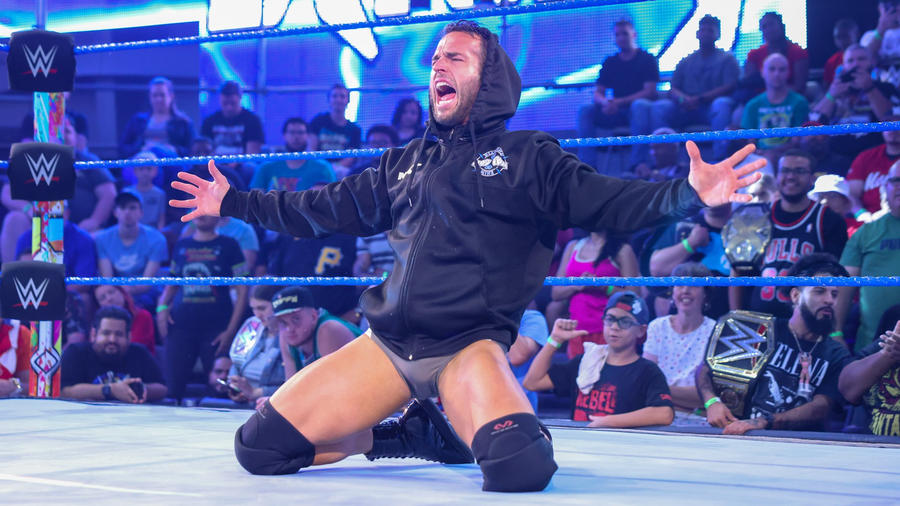 Roderick Strong, The Messiah of the Backbreaker, is a chiropractor’s worst nightmare, though the thought of facing Strong inside the ring gives other NXT Superstars plenty of sleepless nights too.

These traits were honed over time. As a child, Strong sought the refuge of a backyard wrestling ring, in part to escape a chaotic home life full of parental strife. The return on his investment became clear years later as he rose steadily through the independent ranks and eventually joined NXT in 2016.

Strong soon fell in with The Undisputed ERA, a faction consisting of Adam Cole, Kyle O’Reilly and Bobby Fish. For the next several years, The UE ran roughshod over all competition who dared step their way and were clad in championship gold for much of their tenure together, with Strong holding the NXT Tag Team and North American Titles at various points. They also boldly broke new ground, even competing in all of NXT’s first four Men’s WarGames Matches.

After The Undisputed ERA imploded in 2021, Strong found a new crew to run with: The Diamond Mine. With Malcolm Bivens calling the shots at ringside and a stable of top-tier combatants by his side, Strong quickly regained gold by defeating Kushida for the NXT Cruiserweight Title.