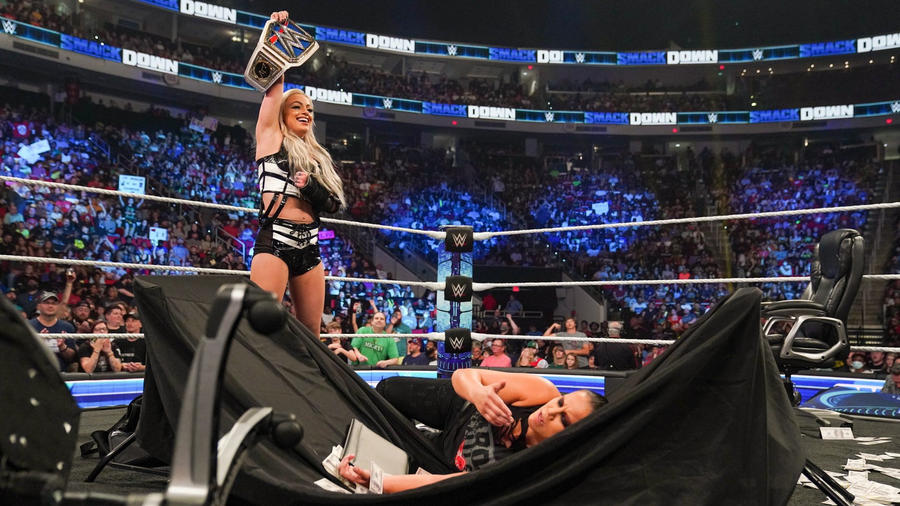 Rocking a snapback, a pair of Jordans and a mischievous smile, Liv Morgan is as unique and authentic inside the ring as her gear might suggest. As a member of the SmackDown Women’s division, Liv has realized her lifelong dream of becoming a Superstar, a goal that took root in a makeshift ring that she and her brothers constructed in their family’s backyard in New Jersey.

A former competitive cheerleader, Liv boasts a combination of agility and creativity once the bell rings, but she’s not afraid to scrap, either. Looking to make her friends and family back in the 201 area code proud, Liv represents New Jersey to the fullest and refuses to back down from a fight.

After making a name for herself on NXT, Morgan suddenly emerged on the Nov. 21 edition of SmackDown, alongside Ruby Riott & Sarah Logan, to systematically lay waste to SmackDown Women's Champion Charlotte, Natalya, Becky Lynch and Naomi.

She brought her unique brand of bedlam to Raw after joining the red brand in the 2021 WWE Draft. At WWE Money in the Bank 2022, Morgan realized her dream and won the Women's Money in the Bank Ladder Match. Her night didn't end there, however, as she cashed in on SmackDown Women's Champion Ronda Rousey later in the evening, beating the Baddest Woman on the Planet to capture the title.

Now at the top of the mountain on SmackDown, all eyes are indeed on the plucky young Superstar.