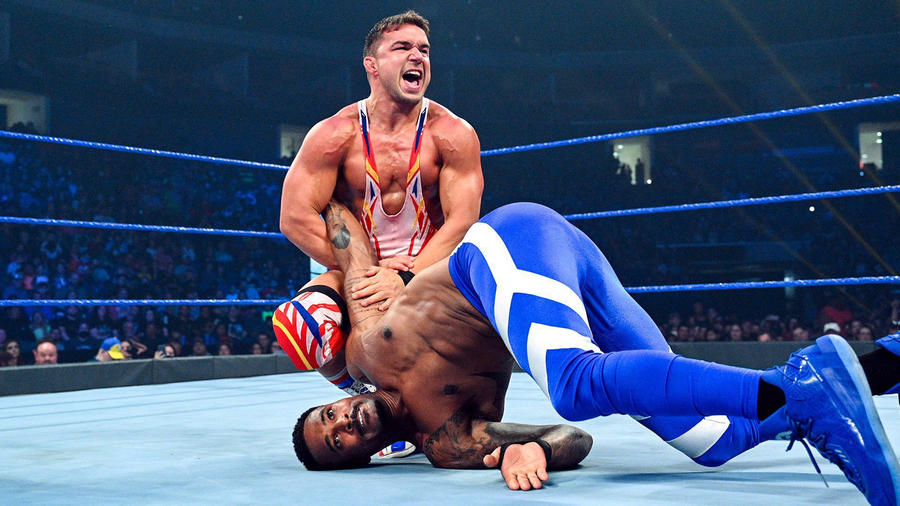 Chad Gable exudes the competitiveness, intensity and confidence of an Olympic athlete for good reason: He was one.

Hailing from Minnesota, a state rich in wrestling history, Gable has been a master of the mat since his youth. A former state champion in high school, he reached the pinnacle of amateur grappling in 2012, claiming victory in the U.S. Olympic Trials and earning the right to compete at the London Olympics that summer. Once the Summer Games passed, Gable turned his focus to sports-entertainment, signing on to train at the WWE Performance Center.

It wasn’t long before Gable's prodigious skill inside the ring propelled him to Superstardom in NXT, where the savant of suplexes found his greatest success teaming with fellow amateur standout Jason Jordan. Known as American Alpha, the duo ignited NXT’s tandem division and won over the NXT Universe before being drafted to SmackDown LIVE in 2016 and eventually winning the SmackDown Tag Team Championship.

Gable then found a new partner in mega-talented veteran Shelton Benjamin before moving to Raw as part of the 2018 Superstar Shake-up and forming a tandem with Bobby Roode. And after returning to his roots on SmackDown and venturing into new territory as a singles competitor, he even won three matches in the 2019 King of the Ring tournament before narrowly being defeated by King Corbin in the Finals. Now, he is back in the tag team ranks, alongside Otis in the no-nonsense tandem The Alpha Academy.

Whatever the future holds for the tremendous athlete, one thing is for certain — you can expect big things from Chad Gable.