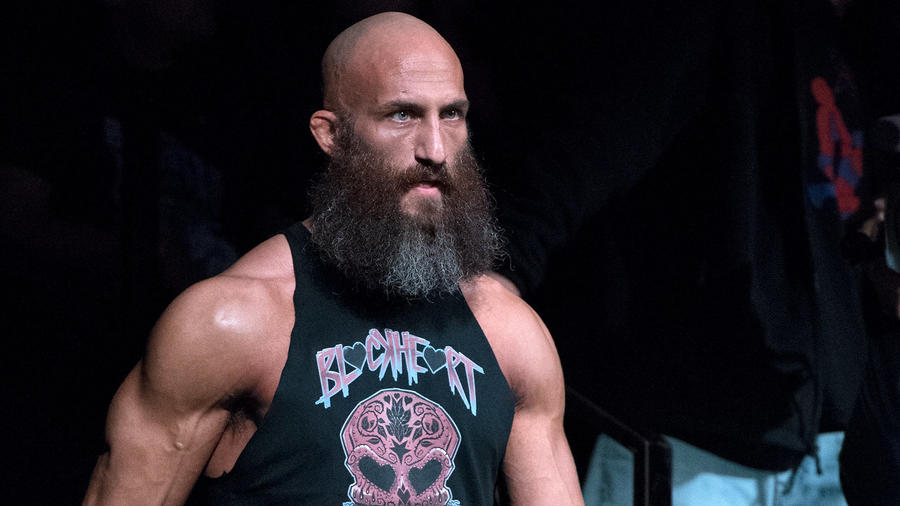 Tommaso Ciampa is the type of Superstar you should keep an eye on. Not only because he’s supremely talented, but because he’ll stab you in the back when you’re not looking if you get in his way.

It was that cutthroat competitive nature that helped transform Ciampa from an unsigned free agent into the self-proclaimed “Greatest Sports-Entertainer of All Time,” a standard-bearer for NXT, and one of the most influential NXT Champions of all time. Indeed, when Ciampa arrived in NXT, it was without a contract. Instead, all he was promised was a chance to prove himself to NXT’s powers-that-be. He united with fellow independent wrestling standout Johnny Gargano in the inaugural Dusty Rhodes Tag Team Classic, and it didn’t take long for the team eventually known as #DIY to earn full-time spots on the NXT roster, as well as a memorable reign as NXT Tag Team Champions.

After numerous failed bids to recapture the titles, Ciampa’s paranoia and jealousy eventually caused the partnership to unravel in spectacular fashion. The result was not only a series of deeply personal battles between the former best friends under the bright lights of TakeOver, but also Ciampa’s successful foray into singles competition. Anointing himself The Blackheart, Ciampa revealed his true colors as a ruthless master manipulator, in addition to a skilled competitor. He brilliantly navigated his way to the NXT Title (which Ciampa adoringly called “Goldie”), and under his stewardship, NXT became nothing less than WWE’s “A-show.”

Ciampa’s all-or-nothing approach to in-ring combat isn’t without its drawbacks, with serious injuries halting Ciampa’s momentum at the most inopportune times, including forcing him to relinquish Goldie in a turn of events that even his harshest critics would acknowledge as unfortunate. Yet, whether you approve of Ciampa’s methods or not, there’s no denying that The Blackheart embodies the fighting spirit, true grit and tireless determination that make NXT the gold standard in sports-entertainment.

And now that he has officially joined the Raw roster, and has aligned himself with The Miz, there is no telling how far his incredible ability will take him.