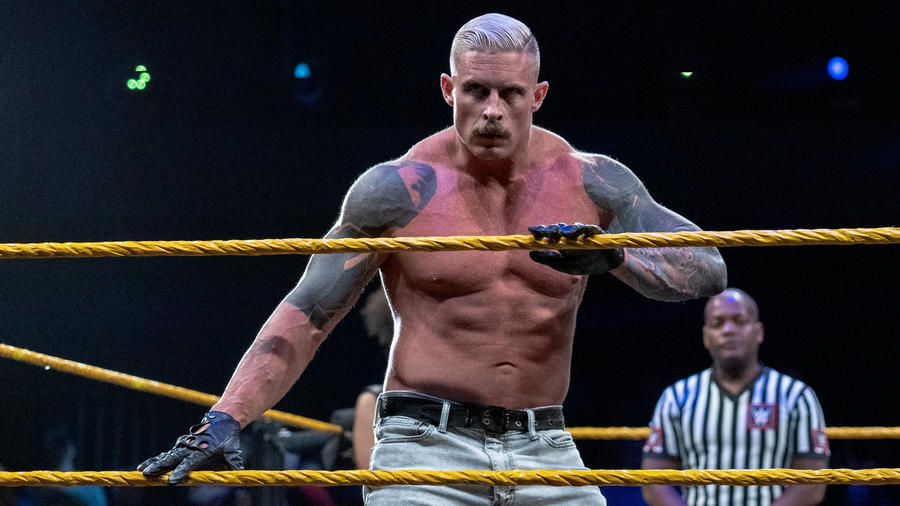 With a cold, dead stare that sent chills down the spines of the NXT Universe, Lumis made his debut on NXT in the summer of 2019 as part of the revolutionary Breakout Tournament. From the moment he stalked into the arena, it immediately became clear that the enigmatic powerhouse is cut from a different cloth than most Superstars.

Little is known about Lumis, but his abilities inside the ring are not in question. He is crushingly powerful, sadistically methodical and completely unorthodox in his movement. Moreover, he seems to take pleasure in others’ agony. Lumis likes to use his hands to “frame” opponents before upending them with his punishing offense, almost as if he’s preparing them to become portraits of his destruction.

Though met with opposition from many parties, Dexter Lumis and Indi Hartwell became romantically involved, and it culminated with one of the most unique weddings in WWE history on NXT.

Edvard Munch, the painter behind The Scream, once said, “Art comes from joy and pain…but mostly from pain.” You only need to watch Lumis’ “art” in action once to know that Munch’s assessment holds true today.