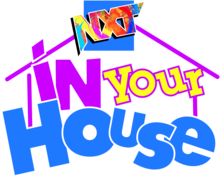 
In the main event of NXT TakeOver 31, Kyle O’Reilly stepped up and brought the fight to NXT Champion Finn Bálor. Though The Prince was victorious, O’Reilly earned the champion’s respect as a new threat within The Undisputed ERA. Also on TakeOver, the NXT Women’s Division got a jolt in the arm with the return of two major names, and Damian Priest picked up an emphatic win over Johnny Gargano.

In the first-ever championship match inside the Capitol Wrestling Center, NXT North American Champion Damian Priest fought through Johnny Gargano, who used everything at his disposal to try to take the title. Priest, however, defeated Johnny Wrestling to ensure his name would continue to live in infamy.

Gargano went right after Priest from the bell, trying not to give the champion a chance to build any steam. The Archer of Infamy seized control of the bout, but he came crashing down when Johnny Wrestling yanked him off the ring apron to the arena floor. Priest was sent into the chain-link fence surrounding the ring inside the Capitol Wrestling Center after a dive by the challenger, then staggered into perfect position for Gargano to shove him right into the unforgiving steel ring steps.

Johnny TakeOver has The Archer of Infamy on the ropes during their North American Title Match. Catch WWE action on WWE Network, FOX, USA Network, Sony India and more.

The Archer of Infamy fought back with a fury, overpowering Gargano and driving his opponent into the canvas with the Broken Arrow. The champion used a spin kick to take Johnny Wrestling’s legs out from under him, then drove his challenger into the ring apron with a devastating Razor’s Edge. Gargano targeted the champion’s leg to try to weaken Priest, but the NXT North American Champion fought through the pain. When that did not work, Gargano pulled ringside security in the way of a diving Priest, then booted the champion below the belt while the referee attended to the security guards. Johnny Wrestling locked on the Gargano Escape in hopes of forcing a weakened champion to submit, but Priest would not relent.

Just days after pinning Priest with One Final Beat on NXT, Gargano again went to that well, but The Archer of Infamy was ready, and he trapped Gargano in the ropes and introduced him to his Reckoning to retain the NXT North American Championship. With Johnny Wrestling in his rear-view mirror, what lies ahead for Damian Priest?

The Garganos are in disarray: WWE Network Exclusive, Oct. 4, 2020

Kushida let the NXT Universe know that he is absolutely vicious, and he showed it at NXT TakeOver 31, nearly tearing The Velveteen Dream’s arm off to back up his words with concrete proof.

The Velveteen Dream once again tried to use mind games to get in his opponent’s head, but Kushida was having none of it, ambushing Dream in the middle of his entrance. Kushida was relentless from the bell, pummeling Dream into the canvas before locking on grueling submission holds. However, His Purple Highness caught Kushida off-guard on the arena floor and took control of the bout.

After escaping a sleeper hold, Kushida turned the tides in brutal fashion, repeatedly slamming his rival’s shoulder into the steel ring post, then dropkicking Dream’s arm as it was trapped between the ring steps and the ring apron.

The Velveteen Dream fought back and staggered Kushida briefly, but he was seemingly not prepared for the true brutality that lied within his opponent. Kushida slammed Dream off the top rope and immediately cinched in the Hoverboard Lock, never letting go. Even after Dream got back to his feet and hit a Dream Valley Driver, Kushida did not let go of the hold until Dream tapped out.

After the bell, Kushida was not satisfied with his victory, and he continued to brutalize Dream and wrench away at his arm. The vicious Kushida had to be pulled off his rival as The Velveteen Dream’s cries of pain echoed through the Capitol Wrestling Center. If this is the new Kushida, will anyone be able to stop this vicious Superstar?

Photos: NXT's Timesplitter and His Purple Highness collide in game of one-upmanship

In a high-flying battle for the NXT Cruiserweight Championship, Isaiah “Swerve” Scott went toe to toe with a master of lucha libre, but Santos Escobar’s bag of tricks was too deep for the challenger to overcome, as the leader of Legado del Fantasma retained his title.

Scott came out of the gates on fire, unleashing a torrent of high-flying lucha libre style dives on the champion. But “Swerve” was halted when Escobar countered with a dive of his own that sent Scott crashing shoulder-first into the fencing and plexiglass that surround the arena.

Swerve fought through the pain and had the champion on the ropes, but as soon as Escobar’s title appeared to be in danger, Raul Mendoza and Joaquin Wilde arrived to tilt the odds in their ally’s favor. Scott was ready for Legado del Fantasma to be involved, as he sent Escobar crashing into his allies with a hurricanrana from the top rope to the arena floor. Ashante “Thee” Adonis soon arrived to help Scott fight off Mendoza and Wilde and turn this back into a one-on-one bout.

Scott survived the Phantom Driver, the Three Amigos and a frog splash from the champion and nearly captured the title after the House Call and a breathtaking 450 Splash, but it wasn’t enough. A struggle on the ring apron sent Scott crashing into the steel turnbuckle, which gave Escobar the opening to drive “Swerve” into his knee and retain the title.

Despite Johnny Gargano’s meddling, NXT Women’s Champion Io Shirai defeated Candice LeRae at TakeOver 31 to retain her title. But The Genius of The Sky didn’t get much time to celebrate her win, as two Superstars returned to NXT to shake things up.

Despite Shirai connecting with a moonsault to the floor, Candice LeRae was dominant in the early moments of the match, grounding The Genius of The Sky and wearing down the NXT Women’s Champion.

But after LeRae whiffed on a senton, the NXT Women’s Champion regrouped and took flight, staggering The Poison Pixie with a dropkick off the ropes before crushing LeRae in the corner with double knees. The challenger rebounded and connected with a moonsault of her own, but it was only good for a two-count. LeRae locked on her husband’s trademark Gargano Escape submission, but she could not force the champion to submit, and in frustration, she inadvertently struck the referee.

Johnny Gargano looks to do whatever he can to help his wife Candice LeRae topple Io Shirai. Catch WWE action on WWE Network, FOX, USA Network, Sony India and more.

Shirai fought back and attempted her top-rope moonsault, but she landed stomach-first on the boots of LeRae, which sent the champion flying into the staggered official, who was launched out of the ring. The Wicked Stepsister nearly spelled doom for Shirai’s reign, as Johnny Wrestling dashed to the ring, wearing a referee’s shirt, ready to fast-count the title into his wife’s hands. When that didn’t work, Gargano brought the NXT Women’s Championship into the ring and distracted the revived referee while LeRae bashed Shirai with the title.

Miraculously, The Genius of The Sky kicked out and connected with a Spanish Fly from the top rope and her trademark moonsault to retain the title.

After the bell, Shirai’s celebration was cut short by a video message from Toni Storm. The former NXT UK Women’s Champion let Shirai know that she’s back on the black-and-gold brand with her sights on the title and reminding everyone that it’s Toni Time.

But that wasn’t all, as the Superstar behind the mysterious videos in recent weeks rode her motorcycle to the Capitol Wrestling Center and removed her helmet to reveal the returning Ember Moon. In just a matter of minutes, the NXT Women’s division was turned on its head. Can Shirai stay on top of the mountain with so many hungry competitors eyeing her title?

The Garganos are in disarray: WWE Network Exclusive, Oct. 4, 2020

Kyle O’Reilly put up the fight of his life at NXT TakeOver 31 in hopes of becoming NXT Champion. But as good as O’Reilly was, Finn Bálor was just a little bit better, defeating O’Reilly to retain his title as a new threat emerged for The Undisputed ERA.

The early moments of the bout were a technical wrestling clinic, as both Superstars traded holds on the canvas. But soon, O’Reilly put Bálor on the defensive with a flurry of vicious strikes. The Prince reclaimed control of the bout with a devastating kick to the midsection that sent his challenger crumpling to the mat immediately. Seeing an opening, the NXT Champion went to work on O’Reilly’s midsection, whipping him chest-first into the turnbuckles.

Despite an immense amount of pain, O’Reilly fought back, driving Bálor into the canvas with a Regalplex and attacking the champion’s knee with ruthless submissions. But the NXT Champion would not be kept down, as he grounded O’Reilly and repeatedly stomped his challenger, saying that this was every night for him, questioning whether the injured O’Reilly could handle the rigors of being a champion.

In the face of Bálor’s trash talk, O’Reilly battled back to his feet and nearly put the NXT Champion to sleep with a guillotine hold, then locked on an armbar that forced the champion to scramble for a way out. O’Reilly looked to seize the huge opportunity in front of him, climbing to the top rope and driving his knee into Bálor’s leg before trapping the champion in an Achilles lock in the center of the ring.

With O’Reilly potentially fighting through liver damage and Bálor limping, the fight visibly wore down both Superstars. O’Reilly’s injuries proved too much to overcome. After connecting with a German suplex on the champion, Bálor popped back to his feet and stomped O’Reilly right in the midsection, then connected with a Coup de Grace to retain his title.

After the bell, Bálor pulled O’Reilly to his feet and shook his hand. However, the showing of respect from champion to challenger was cut short when they caught sight of Ridge Holland at ringside. The bruising Brit was carrying a beaten Adam Cole over his shoulder, then dumped him at ringside. Roderick Strong & Bobby Fish, along with a battle-worn O’Reilly, rushed to Cole’s side, wondering what happened as TakeOver came to a shocking conclusion.

Photos: The Prince and O'Reilly collide in pulse-pounding battle for the NXT Title