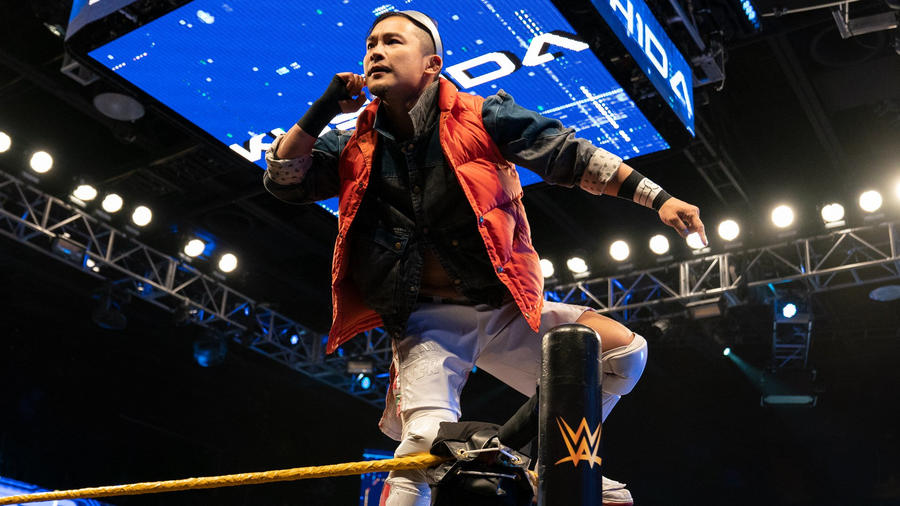 Kushida came to NXT with great expectations and even greater fanfare. At the contract-signing ceremony announcing his arrival, WWE COO Triple H made it clear that NXT’s powers-that-be had worked long and hard to land the coveted Japanese sensation, whom Triple H described as “one of the biggest international stars in the world.” Such lavish praise from The Game doesn’t come easily, nor without reason.

Before joining NXT in 2019, Kushida had reached dizzying heights in the rings of Japan. His foray into combat sports came via mixed-martial arts; after learning grappling techniques under UFC Hall of Famer Kazushi Sakuraba (the namesake of Kushida's signature submission hold), Kushida went undefeated in all eight of his pro fights. He then transitioned into sports-entertainment, and just as quickly earned a collection of accolades and championships.

Upon his arrival to NXT, Kushida occasionally came off as a somewhat lighthearted competitor, but he has flashed a scary new mean streak during submission victories against the likes of Velveteen Dream, Timothy Thatcher and Tony Nese. He also used his newfound edge to capture the NXT Cruiserweight Championship from Santos Escobar.

Combining stunning ground wrestling with high-flying bursts from the sky, Kushida boasts an in-ring style that’s ahead of its time. Embodying a true fighting spirit, Kushida welcomes the opportunity to test his prowess against WWE’s best. But for anyone who takes him up on the chance, beware: Once Kushida applies the Sakuraba Lock, opponents quickly realize they’re out of time. By then, there’s no turning back the clock, and that's just how Kushida likes it.