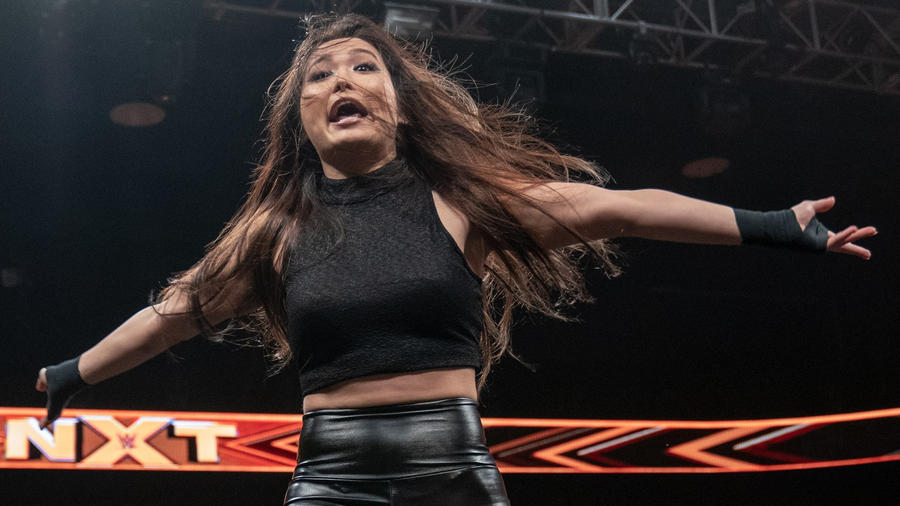 There are plenty of high-flying Superstars, but there’s only one Genius of the Sky.

An aerial artist without peer, IYO SKY touched down in NXT in the summer of 2018, after she was announced to great fanfare as a new signee at a WWE Live Event in Tokyo. For SKY, who was thrice named the top women's wrestler of the year by national Japanese newspaper Tokyo Sports before joining NXT, her mission is clear: Having ascended the mountaintop in her native country, SKY wants to conquer new frontiers and prove that she’s not only the best wrestler in her homeland, but in the entire world.

Moonsaults, hurricanranas and springboard dropkicks are SKY’s stock-in-trade, and you’d expect nothing less from a Superstar who cites Rey Mysterio as her greatest inspiration. The WWE Universe saw SKY’s gravity-defying antics up-close for the first time in the 2018 Mae Young Classic, where The Genius of the Sky soared all the way to the tournament final at WWE Evolution.

After coming agonizingly close to winning the NXT Women's Title on several occasions, however, SKY showed her true colors when she snapped and ruthlessly ambushed Candice LeRae, and she finally captured the coveted championship by defeating Charlotte Flair and Rhea Ripley in a Triple Threat Match.

At SummerSlam 2022, SKY reemerged alongside Bayley and Dakota Kai to stand defiantly in the face of Raw Women's Champion Bianca Belair and Becky Lynch. After falling in the Finals of the WWE Women's Tag Team Championship Tournament, Dakota & IYO SKY would fire back in the rematch Raquel Rodriguez & Aliyah to bring gold to the Damage CTRL name.

Clichéd though it may be, the sky truly is the limit for SKY. Luckily, we all have a front-row seat to her air show.