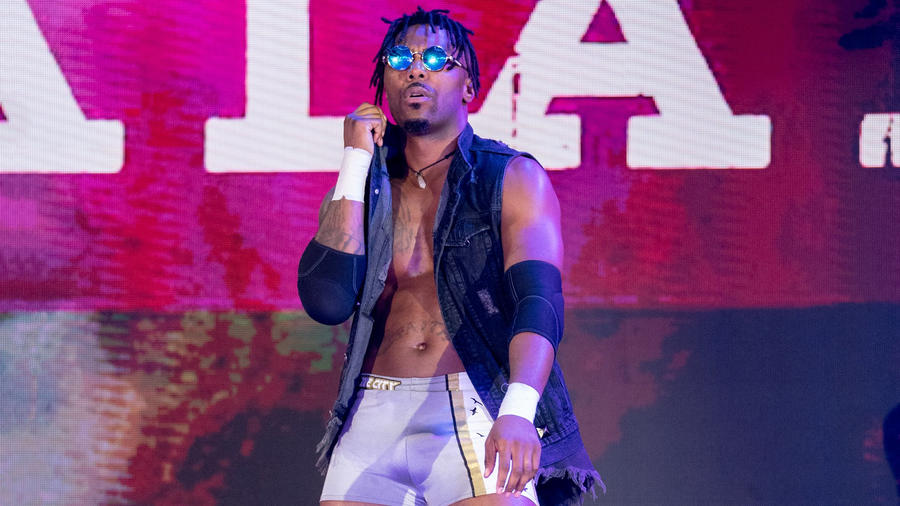 For Isaiah “Swerve” Scott, sitting in the penthouse of the sports-entertainment world has not only been a dream, but an exclamation point on his to-do list.

Known for his fluidity in the ring, the fleetfooted Tacoma, Wash., native spent more than a decade developing his reputation as a showstopper. Always looking to steal the show, Scott introduced the world to “Swerve,” an alias that captures both his elasticity inside the squared circle and the endless supply of confidence that shrouds it.

Within the rangy high-flyer’s unpredictable offense is also a stealthy submission and ground-and-pound game, which happens to be a skillset attained during his time in the U.S. Army Reserves. Much of Scott’s young adulthood was dedicated to the military, following in the footsteps of his father, before he took a leap of faith at age 18 to set sight on a sports-entertainment career. From there, a star was born.

Upon his arrival on the independent scene, Scott hit the ground running, establishing himself as a dynamic competitor while collecting a trove of championships — at one point serving as the top champion for three different promotions simultaneously. After a storied run in the indies, Scott signed to NXT in 2019, participating in the inaugural NXT Breakout Tournament. And shortly after forming the intimidating Hit Row, "Swerve" defeated Bronson Reed to capture the NXT North American Championship.