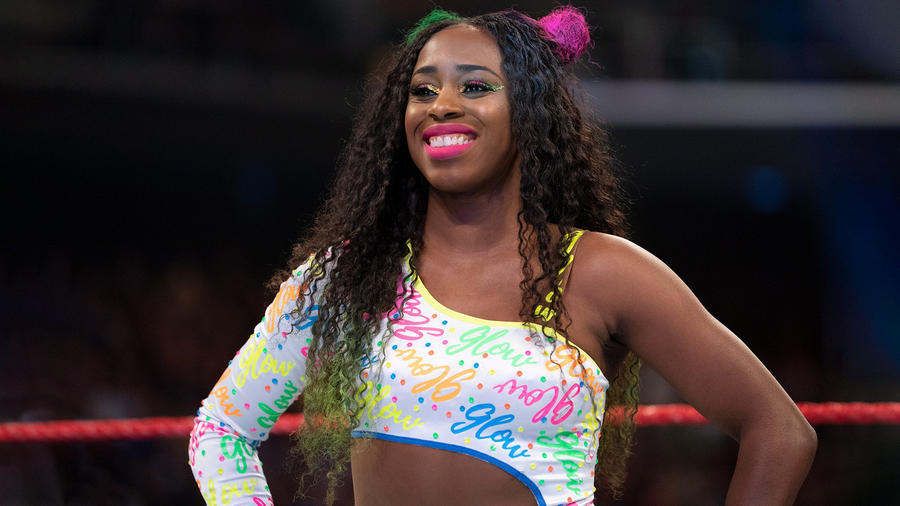 As the second-highest cause of whiplash behind car accidents, Naomi first turned heads as a dancer for the NBA's Orlando Magic and hip-hop stars like Flo Rida. These talents would take her around the world, as Naomi performed everywhere from North Korea to Indonesia.

Despite all that success, Naomi's dance steps couldn’t satisfy her competitive spirit, which is how she found herself as a contestant on WWE NXT. Despite being eliminated in the final week of her season, Naomi soon launched into orbit around Planet Funk, as one half of The Funkadactyls. From there, she broke out on her own, determined to take WWE by storm.

The Total Divas star has since had a series of remarkable runs as both fan-favorite and corner-cutting villain, doggedly pursuing the Divas Championship for the better part of a year and cementing her status as a ring general by heading up the attitude-filled Team B.A.D. of Tamina and Sasha Banks during the Women's Evolution.

Naomi then reinvented herself yet again as part of the SmackDown brand, making one-and-all feel the glow as she came face-to-face with her destiny by winning the SmackDown Women’s Championship twice, including an epic victory at WrestleMania 33 in a Six-Pack Challenge Match. A year later, she made history once again when she eliminated Bayley to win the first-ever WrestleMania Women’s Battle Royal at WrestleMania 34. And now, after a stint on Raw, Naomi was drafted to the blue brand in the 2021 WWE Draft and is primed to set SmackDown aglow all over again!