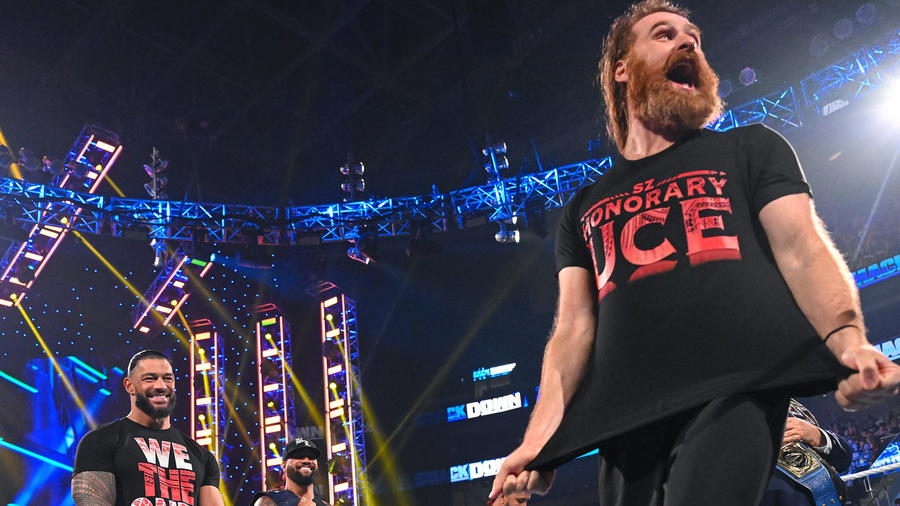 A Canadian-born Superstar of Syrian descent, Sami Zayn brought with him an experience level matched by few when he arrived in WWE. After all, how many Superstars can say they have competed in a staggering 29 countries?

These days, Zayn is known on SmackDown as the self-proclaimed "Master Strategist" after winning a number of matches utilizing such methods as trapping his opponents in the ring apron or making them chase him under the ring in order to secure a count-out victory. Moreover, he holds the strong belief that there is a WWE-wide conspiracy against him and professes that idea to anyone on the blue brand who will listen with a barrage of rants as he indiscriminately lashes out at the WWE Universe and the locker room alike.

Nevertheless, like him of loathe him, no one can afford to underestimate Zayn’s intensity and undeniable skill in the squared circle and on the mic. His in-ring presence incorporates an eclectic blend of styles, from his explosive aerial moves to his hard-hitting strikes. Simply put, Zayn can take down any Superstar on the roster — an ability he has displayed in show-stealing matches against the likes of Kevin Owens, John Cena, Seth Rollins and so many more, and led to his reigns as NXT and Intercontinental Champion.

2022 marked a huge year for Zayn as he fought Johnny Knoxville at WrestleMania and would align himself with The Bloodline, becoming an "Honorary Uce", much to the chagrin of fellow Bloodline member Jey Uso. With Zayn now entrenched within The Bloodline, Zayn's ceiling has skyrocketed.