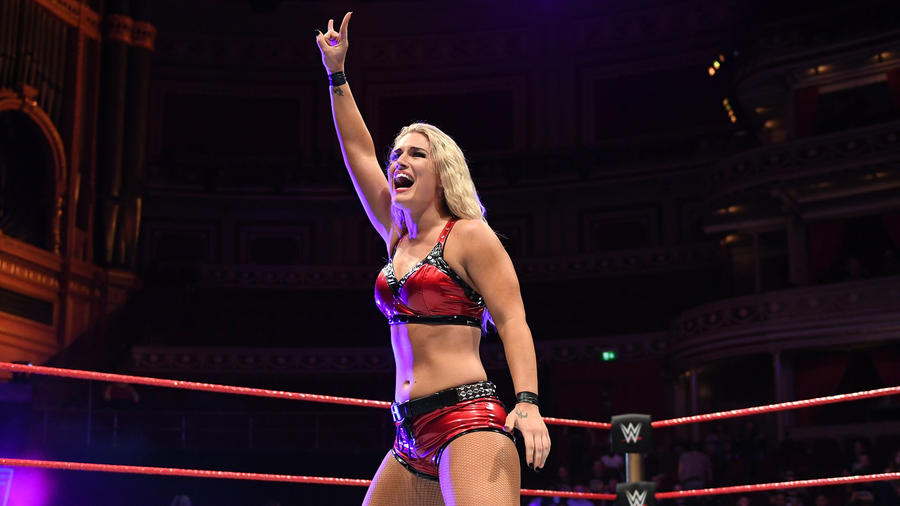 NXT Superstar Toni Storm is coming to rock. No stranger to the ring, Storm has a style and swagger clearly inspired by the ’80s Los Angeles metal scene, but her ring game is unmistakably ’90s Japan. Her mix of Japanese strong style, British technical grappling and the odd bit of high-flying has taken her to championship heights in promotions across the world.

The Lightning Down Under has impressed the WWE Universe with her performances in the first two installments of the Mae Young Classic – including an emphatic victory over Io Shirai in the finals of the 2018 edition – and in a title bout against NXT Women's Champion Shayna Baszler.

As one of the favorites of NXT UK, Storm added to her list of accolades when she overcame Rhea Ripley to capture the NXT UK Women’s Championship at the history-making NXT UK TakeOver: Blackpool.

And after Io Shirai retained the NXT Women's Title at TakeOver 31, Storm sent a video message, announcing her arrival to NXT and declaring that it's now Toni Time on the black-and-gold brand. Storm waged rivalries The Genius of the Sky and Zoey Stark on NXT before making her SmackDown debut on July 23, 2021 agaist Zelina Vega.