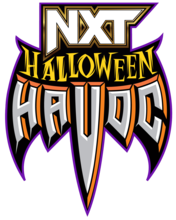 Bron Breakker kept his composure to retain the NXT Championship


Cooler heads prevailed as Bron Breakker avoided Joe Gacy's attempts to set him off and retained his NXT Championship. Plus, Toxic Attraction reigned supreme, Carmelo Hayes reclaimed the title of "A Champion," The Creed Brothers bulldozed their way to tag team gold, and Tony D'Angelo added some new members to his "Family" in an electrifying night at NXT In Your House.

NXT In Your House 2022 results

In a rivalry that has featured intense negotiations, not-so-thinly veiled threats, vicious brawls, and the NXT 2.0 parking lot living up to its reputation as the most dangerous place in sports-entertainment, Tony D’Angelo and Santos Escobar led their men into battle and looked to tighten their grip on the brand and add to their ranks.

Neither trio seemed particularly concerned with adhering to tag team rules, as three-on-three brawls were the norm rather than the exception for the majority of the match.

With the NXT Universe at a fever pitch, Cruz Del Toro and Joaquin Wilde each soared from the top turnbuckles to wipe out Channing “Stacks” Lorenzo and Troy “Two Dimes” Donovan at ringside. Seconds later, Escobar launched himself through the ropes to do the same to D’Angelo.

After Lorenzo handed a crowbar to D’Angelo and Elektra Lopez gave brass knuckles to Escobar, Del Toro swiped the crowbar from "The Don of NXT" and attempted to clobber him with it. “Stacks,” however, pushed D’Angelo out of the way and absorbed the crowbar strike. Seconds later, D’Angelo drilled Wilde with the brass knuckles, and “Stacks” fell on top of Wilde for the three-count.

Escobar was left in utter disbelief as he came to the realization that he, Del Toro and Wilde will now be taking orders from D’Angelo and company.

Though they’ve hovered around the title picture for some time, Katana Chance and Kayden Carter have consistently been one-upped by Toxic Attraction, a menacing trio of Superstars that show no signs of relinquishing their place at the top of NXT 2.0.

With the WWE Universe firmly in their corner, Chance and Carter faced adversity before the bell, as they were suddenly attacked by the champions. The upstart challengers quickly turned the tables, however, and each leapt from the squared circle to lay out their rivals at ringside.

After surviving the pre-match ambush, Chance and Carter came within an eyelash of winning their first titles when they landed their tandem neckbreaker and 360 splash combination on Dolin, only for Jayne to drag Carter out of the ring when she attempted the pinfall.

Seconds later, Jayne reached through the ropes from the ringside floor to blast Carter with a right hand, and Dolin took advantage by hitting Carter with a match-ending German suplex.

Two months ago at NXT Stand & Deliver, Carmelo Hayes could only watch in agony as a battered Cameron Grimes dragged himself rung by rung to the top of the ladder and retrieved the NXT North American Title in an incredible 5-Way Ladder Match.

Painful though the loss may have been for the self-proclaimed “A Champion,” Hayes has remained laser-focused on his mission to regain the title and become just the second multiple-time NXT North American Champion in WWE history.

Of course, it doesn’t hurt to get an assist or two from the outspoken Trick Williams, whose trash talking is matched only by his knack for picking the perfect time to interfere, as he did when he tied Grimes’ hand to the ropes to help Hayes get back on the attack.

Grimes turned the tables when he leveled his challenger and Williams by going head over heels above the top rope to flatten them at ringside, but Hayes secured the win and reclaimed the championship by sidestepping the hard-charging Grimes and annihilating him with a top-rope leg drop.

Mandy Rose, Gigi Dolin and Jacy Jayne have arguably been at their most vulnerable in recent weeks, as the most recent episode of NXT 2.0 featured Katana Chance, Kayden Carter and Wendy Choo joining forces to smash the NXT Women’s Champion through a table.

After watching her comrades retain their titles earlier in the night, however, "God’s Greatest Creation" ensured that the championship gold remained with Toxic Attraction by outlasting her sleepy yet pesky challenger.

Rose had to contend with Choo’s antics and her resiliency, as Choo used a slingshot to launch debris at the champion during pre-match introductions and later kicked out of a thunderous spinebuster.

Rose perhaps went a bridge too far, however, when she tore apart Choo’s pillow and threw it out of the ring, only to be greeted with a double-leg takedown, a flurry of right hands and a sleeper.

The titleholder narrowly reached the ropes to force a break, and when Choo scaled the turnbuckles, Mandy yanked her back to the canvas and caught her with a high knee to retain her championship.

During a tense backstage meeting on the In Your House Kickoff Show, self-proclaimed leader of Diamond Mine Roderick Strong apologized to Ivy Nile for recently losing his cool, though he reiterated that he was very serious about one thing: The Creed Brothers would be out of Diamond Mine if they failed to defeat Pretty Deadly for the NXT Tag Team Championship.

The Creed Brothers took issue with Strong’s proclamations but still vowed to become champions in front of their parents, who were in the front row, though they faced a tall task: attempting to prevent the eccentric Elton Prince and Kit Wilson from getting under their skin.

Despite a match that saw an astronomical amount of trash talk from Pretty Deadly – not to mention Prince and Wilson dropping Julius back-first on the steel ringside steps with a double spinebuster – Brutus received a much-needed tag and began steamrolling everything in sight with menacing strikes and spine-bending suplexes.

Minutes later, Brutus planted Wilson back-first into the canvas, and Julius broke out the shooting star press and blasted his foe with one final strike to garner the 1-2-3 and win the NXT Tag Team Titles.

After the match, the brothers went to ringside to embrace their parents, who were smiling from ear to ear.

NXT Champion Bron Breakker and challenger Joe Gacy both entered NXT In Your House’s main event keenly aware of the fact that the former would lose his title if he were disqualified.

Of course, when someone has been kidnapping and tormenting your family for weeks, keeping your temper in check is much easier said than done.

Case in point, when one of Gacy's hooded figures hopped onto the ring apron, only to be quickly beaten down by Breakker, Gacy threw a chair into the hands of Breakker. And when the official turned around, Gacy fell to the canvas and feigned being hit with the weapon. Fortunately for Breakker, a second official ran out to prevent the first from ending the match via disqualification.

Given new life, Breakker found a way to take out his rage in a manner that was within the rule book, as he blasted the challenger with a shoulder breaker on the ring apron and sent him crashing through the announce table.

Shortly after, Breakker handed the chair to the official, and Gacy once again took advantage of the distraction by drilling the titleholder with an uppercut below the belt. Breakker then resisted the urge to hit Gacy with the chair, striking one of the hooded figures instead, before shaking the ring with a Gorilla Press Slam to secure a hard-earned NXT Championship retention.

Photos: Breakker and Gacy throw down in a highly personal rematch

Photos: The Creed Brothers look to finally reach the mountaintop in rematch with Pretty Deadly

Photos: Rose and Choo stop playing games and square off for the NXT Women's Title

Photos: Hayes gets his long-awaited, one-on-one rematch with Grimes for the North American Title

Photos: Escobar & D'Angelo lead their men into a Six-Man Tag Team Match for control of NXT 2.0