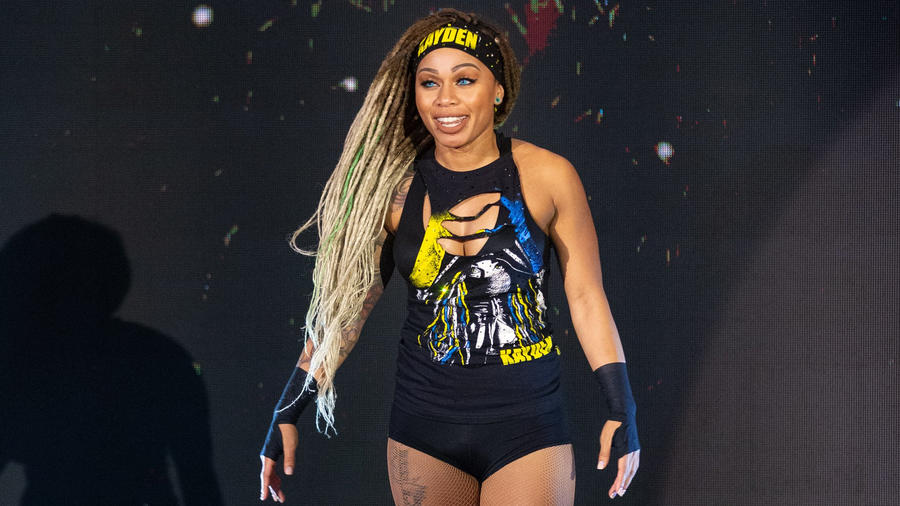 With one of the most unique offensive approaches in all of WWE, excitement is in store every time Kayden Carter competes.

But Carter didn’t choose to limit herself to only a smash-mouth style. Instead, she took her trade to Mexico, learning the art of lucha libre and maximizing her natural awe-inspiring athleticism with high-flying attacks.

Carter next landed at the WWE Performance Center — just down the road from where she grew up in Winter Park, Fla. — and competed in the 2018 Mae Young Classic. Not satisfied with merely taking part, she picked up two victories to advance to the quarterfinals and turned heads with her unique blending of in-ring styles.

Using a bevy of springboard attacks and a dangerous crucifix bomb, Carter has since faced off with some of NXT’s top competitors, challenging the likes of Rhea Ripley, Bianca Belair and Mia Yim and even knocking off Chelsea Green. She also joined forces with Kacy Catanzaro to form a popular tandem, and the two exciting young competitors even made it to the semifinals of the Women's Dusty Classic.

Carter’s unorthodox arsenal makes her a difficult challenge for any opponent, and given her uncanny quickness, they must tread carefully — or face defeat in the blink of an eye.