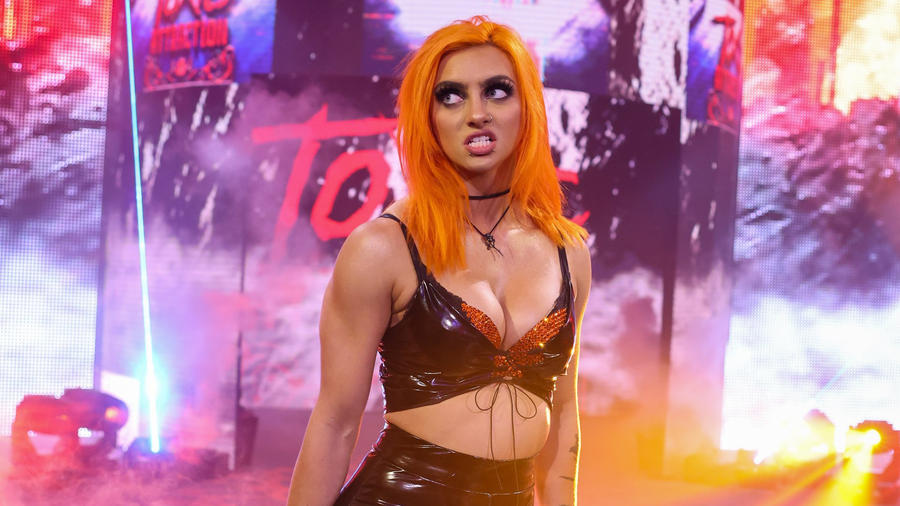 Gigi Dolin is here to take over, and the NXT Universe can’t look away.

Since Dolin joined forces with Jacy Jayne and Mandy Rose, the trio’s formation of Toxic Attraction has shifted the power structure of NXT 2.0. Dolin & Jayne’s confidence has been apparent since day one, as the duo immediately set their sights on the NXT Women’s Tag Team Titles. The dangerous pair nearly ripped the titles away from Io Shirai & Zoey Stark but fell just shy in their first championship bid. Dolin & Jayne made the most of their next opportunity at Halloween Havoc, as the tandem captured the gold in a brutal Scareway to Hell Triple Threat Ladder Match.

It’s clear the story is just getting started for Toxic Attraction. So step back, and stare in awe.