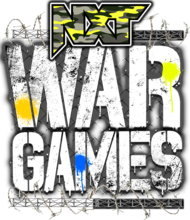 Trey Baxter called out Ridge Holland on Twitter ahead of NXT TakeOver 36, but may have come to regret that decision, as the Yorkshire bruiser manhandled him to start the night’s action.

Baxter tried to catch Holland off-guard with a dropkick at the bell, but that barely dazed the menacing Brit. Holland caught the speedy Baxter and battered and bruised him, before planting the high-flyer into the canvas with Northern Grit to get the three-count.

After the bell, Holland grabbed the microphone to warn Timothy Thatcher that this demolition was a preview of what will happen when they collide this Tuesday on NXT.

Grimes was fighting for more than the Million Dollar Title at NXT TakeOver 36. He was fighting to free himself from the clutches of LA Knight, and to keep WWE Hall of Famer “The Million Dollar Man” Ted DiBiase from becoming Knight’s butler. Clad in sequined trunks reminiscent of DiBiase, a fiery Grimes went right after Knight from the get-go. Knight eventually cut off his challenger, bringing the match to a grinding halt.

However, Grimes could not be stopped on this night. That, perhaps, scared Knight a little. The champion grabbed his title at ringside and looked as though he was going to smash Grimes with it. But DiBiase distracted Knight, leading the champion to ringside, where the WWE Hall of Famer clocked him with a right hand and locked on his trademark Million Dollar Dream. DiBiase rolled Knight back in the ring, straight into a Cave-In by Grimes for the three-count, crowning a new Million Dollar Champion!

Raquel Gonzalez suffered the ultimate betrayal at the hands of Dakota Kai. But the NXT Women’s Champion would crush her former friend’s championship dreams at NXT TakeOver 36 and hang on to her title.

Despite the size difference, Kai gained the upper hand early in the match, pummeling her former friend into the canvas. Even as the champion attempted to hit the Chingona Bomb, Kai was able to counter into an armbar that weakened Gonzalez further.

Kai threw everything she had at Gonzalez, including a back-cracking Kairopractor, a double stomp off the top rope, but it was not enough to fell the powerful champion. Gonzalez emerged victorious after a devastating Chingona Bomb from the middle rope, retaining her title.

Ilja Dragunov has finally exorcised his demons, and ended the longest championship reign in WWE’s modern era. In a rematch that lived up to the expectations, The Mad Russian halted WALTER’s rule over NXT UK and etched his name into the history books.

Dragunov said he barely survived his first encounter with WALTER, a brutal bout that was among 2020’s best matches in all of WWE. That war changed Dragunov, haunting him as he tried to move past The Ring General and continue his career. The spectre of WALTER hung over him, the sound of the Austrian’s chops across his chest echoing in his dreams.

While it seemed like a nightmare, in reality it was preparing Dragunov for NXT TakeOver 36.

The highly-anticipated rematch started out as a cat-and-mouse game, Dragunov using his agility to evade WALTER and his devastating chops. But The Ring General is inevitable, and when he finally connected with one, it sent Dragunov crashing to the arena floor, where the champion powerbombed his challenger into the ring apron.

And when Dragunov stood up and absorbed a thunderous chop to the back, something awakened in The Mad Russian. WALTER knew it, as for the first time in 870 days, the seemingly invincible champion backed off from his challenger. Dragunov scaled the ropes for a dropkick, then a senton, and then a Tornado Moscow to the back of WALTER’s head. A second Tornado Moscow did not fell the champion. Out of desperation, The Ring General unloaded his complete arsenal on Dragunov. Vicious chops and kicks, the splash from the top rope that won him the title 870 days ago; nothing could put the resilient Russian down.

At TakeOver 36, the roles were reversed from their first encounter. Dragunov locked on the same sleeper hold that WALTER used to put him out, standing up and squeezing even tighter, leaving the once-unbeatable Ring General with no choice but to tap out.

The emotion of the moment was pure and raw on Dragunov’s face as he was awarded the title that evaded him for so long. As Dragunov raised the title high, he placed a defiant boot on the chest of the fallen WALTER, making it clear that a new era has begun for NXT UK.

Photos: The Mad Russian cements his place in history

The bitter rivalry between Kyle O’Reilly and Adam Cole, once brothers in the Undisputed ERA, came to an end at NXT TakeOver 36. After a grueling 2-out-of-3 Falls Match, O’Reilly fought through incredible pain to vanquish Adam Cole.

The Undisputed Finale’s first fall, a standard match (which O’Reilly selected), started out without any feeling-out process, Cole and O’Reilly charging at each other with big boots. The action was fast and furious as Cole gained the upper hand, eventually scaling the ropes for Panama Sunrise. However, O’Reilly was able to counter and roll Cole up for a three-count to win the first fall.

No time was wasted getting into the second fall, Cole’s choice: a Street Fight. That choice worked against Cole in the opening moments, as O’Reilly put a trash can over his head and dropkicked him. But soon after, Cole knocked his former partner from the top rope to the floor, O’Reilly clutching his ribs in agony. That gave Cole a target, as he battered O’Reilly with kendo stick shots. When that didn’t put O’Reilly down, the Street Fight took an ugly turn, with chains and chairs being used as weapons of punishment. Cole claimed victory in the Street Fight after dumping O’Reilly off the ropes onto a pair of steel chairs, then clobbering him with the Last Shot.

The Steel Cage for the third fall began to surround the ring, but it looked like O’Reilly was in no shape to continue as WWE medical staff checked on him. That didn’t stop Cole from ruthlessly attacking him, eventually powerbombing him and rolling O’Reilly back into the ring. The Steel Cage was locked in place and the final fall began.

Cole thought he had the advantage with O’Reilly weakened to the point of victory, but his confidence may have cost him. Instead of choosing to escape the cage and win, Cole opted to inflict more punishment, driving O’Reilly into the canvas with Panama Sunrise. That wasn’t enough to satisfy Cole, who grabbed a pair of handcuffs and chained O’Reilly to the cage. That was his downfall, as O’Reilly snatched him in a Heel Hook, forcing Cole to tap out.

The final chapter of the Undisputed ERA has been written, and it ended with Kyle O’Reilly standing tall after an absolute war.

Photos: Final chapter of the Undisputed ERA is written

Time ran out on Karrion Kross’ reign as NXT Champion, as Samoa Joe emerged victorious at NXT TakeOver 36, winning the title for a record-breaking third occasion.

The battle was nothing short of a slugfest, with these two titans of the squared circle hitting each other with absolute bombs. Kross survived the Coquina Clutch and Joe escaped from the Kross Jacket but looked worse for wear as the champion sent him crashing into the turnbuckles.

Kross climbed the ropes, but gave Samoa Joe the opening he needed to hit the Muscle Buster and bring the Doomsday prophecy to an end.

Samoa Joe has cemented himself as a true NXT legend with this victory. The NXT landscape has changed in a major way at TakeOver 36. With Samoa Joe as NXT Champion, what lies ahead for the black-and-gold brand?