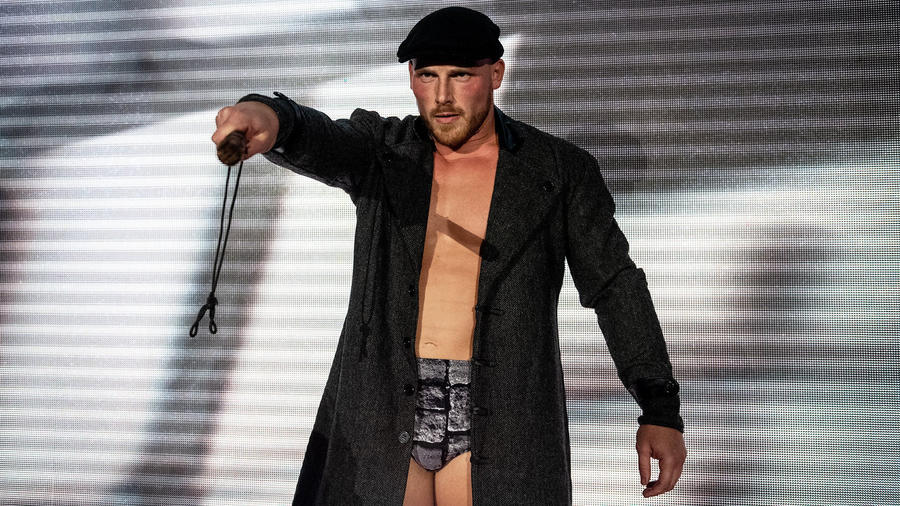 What do you do if you’re deemed too dangerous and too reckless for the rough-and-tumble world of professional rugby? If you’re Ridge Holland, you move from the pitch to the ring and start busting skulls there instead.

That, in short, is how Holland wound up a WWE Superstar, although his fistic foray began well before he entered U.K.’s pro rugby ranks. Holland first developed a taste for fighting as a troublemaking youth in Yorkshire, and his appetite for destruction has only grown since then.

Unfortunately for his opponents, Holland has the physical tools to back up his mean streak. Built as strong as Sheffield steel and outfitted with hands the size of bowling balls, the barrel-chested Brit delights in walloping foes with headbutts, cranium strikes so powerful they’d give the bombproof vault walls inside the Bank of England a run for their money. If that's not menacing enough, he carries a truncheon wherever he goes and is more than willing to use it.

What makes Holland all the more dangerous is the company he keeps. After being selected by SmackDown in the 2021 WWE Draft, Holland was quickly taken under the wing of his hero, Sheamus. With The Celtic Warrior acting as Holland’s mentor, the two hard-hitting Superstars are determined to run roughshod over the blue brand. The duo were eventually joined by Butch and the three have unleashesed a new wave of viciousness on SmackDown as the Brawling Brutes.