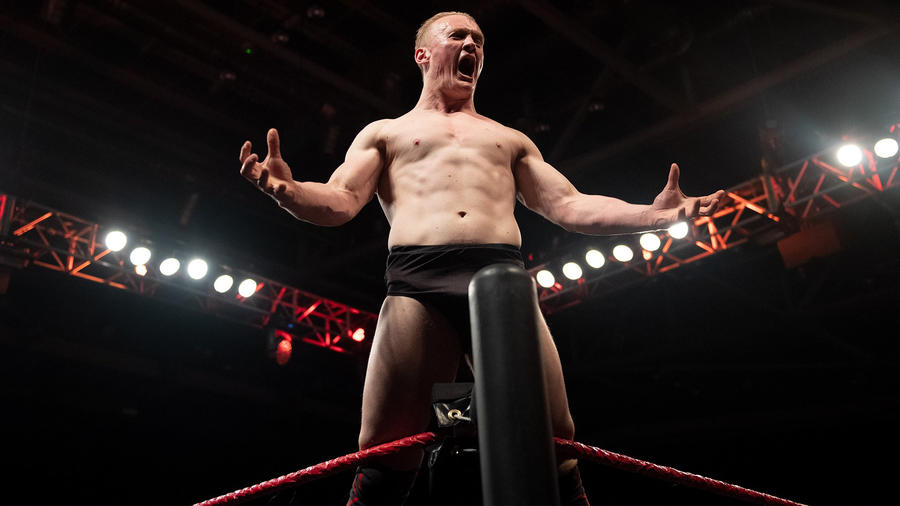 The full fury of the highly dangerous Ilja Dragunov emerged on the NXT UK scene with glaring eyes, an unbridled intensity and the distinct ability to always be on the attack.

Armed with a wildly charismatic persona and an aggressive arsenal, the unique competitor is nearly impossible to contain. And that was more true than ever following Dragunov's grizzly encounter with NXT UK Champion WALTER, as the two competitors battled in a harrowing title bout that set a new standard for brutality in NXT UK.

Then, at NXT TakeOver 36, Dragunov finally exorcised his demons, and ended the longest championship reign in WWE’s modern era at 870 days by overcoming WALTER to lay claim to the NXT UK Championship in an epic rematch.

This explosive tour-de-force conquered the best NXT UK had to offer for 346 days as the NXT UK Champion before being forced to relinquish the title due to injury following a brutal match with Wolfgang.

On the September 20th edition of NXT, Dragunov made his stunning return, calling his shot on NXT Champion Bron Breakker. At NXT Halloween Havoc 2022 Dragunov competed in a triple threat match for the NXT Championship against Breakker and JD McDonagh but would fall short.