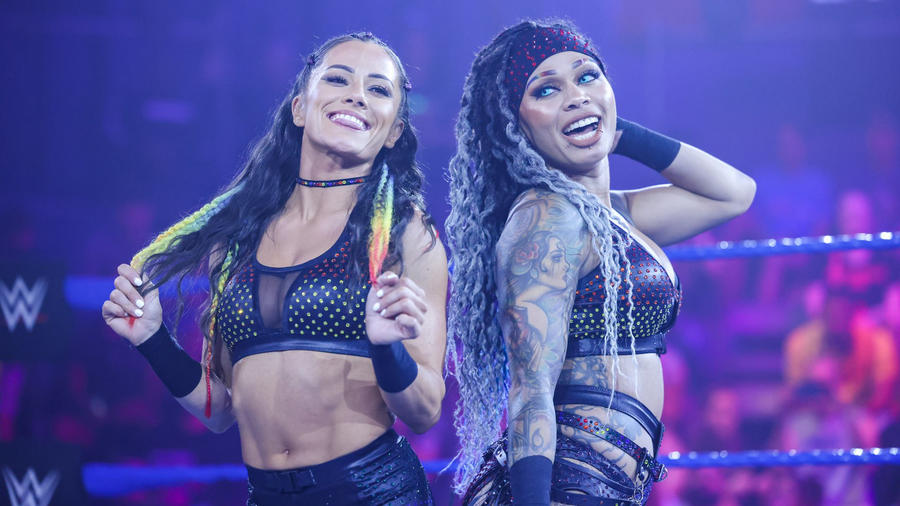 Katana Chance is as mighty as they come.

The 5-foot tall dynamo is living proof that even in WWE, size doesn’t always matter. A marvel under the spotlight, Chance wowed the world in 2014, when she became the first woman to scale the perilous Warped Wall obstacle on NBC’s “American Ninja Warrior.” Prior to obstacle-course racing, the mind-blowing athlete was also an NCAA Division I gymnast and was named the Southeast Regional Gymnast of the Year in 2012. She is also a two-time designee in Sports Illustrated’s Fitted 50 list, which celebrates the world’s fittest athletes.

All those milestones are now batteries in the mighty engine’s back, as she continues to reach greater heights under the NXT umbrella. After reporting to the WWE Performance Center in 2018, Chance has amplified her world-class athleticism and lightning-quick agility, leaving the WWE Universe with a gasp after her incredible performances in the 2018 Mae Young Classic and the 2019 Women’s Royal Rumble Match. She also formed a popular tandem alongside Kayden Carter, and the exciting young duo even made it to the semifinals of the Women's Dusty Classic. For Chance, the greater the challenge, the greater the glory.

After many unsuccessful attempts at garnering gold, her partnership with Carter finally paid off as the duo won the vacated NXT Women's Tag Team Championships on the August 2 edition of NXT.