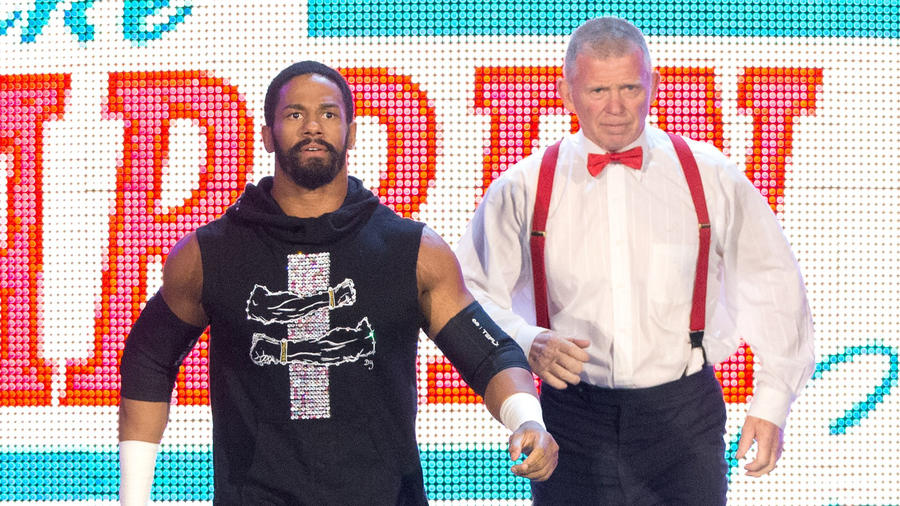 His self-appointed moniker of “Mr. No Days Off” may be a boast, but Darren Young has certainly stayed busy in WWE.

First appearing as a Rookie on the debut season of NXT, Young went on to rattle cages as part of The Nexus — the band of hooligans who attempted to overthrow WWE in 2010. Exiled from The Nexus after a demoralizing defeat at the hands of John Cena, Young re-emerged on Raw as a rival to Wade Barrett and his former NXT allies.

While appearing on WWE NXT Redemption, then-General Manager John Laurinaitis formally placed Young and newfound ally Titus O’Neil on the SmackDown roster. Taking on the name of The Prime Time Players, Young and O’Neil wanted to prove to the WWE Universe that they’re worth the “millions of dollars” they said they were – and did so, capturing the WWE Tag Team Championship in 2015.

Young has also made history outside the ring, spreading the gospel of tolerance while lending his star power to the efforts of the LGBTQ community and using his own personal story to help millions of people in the WWE Universe and beyond find their voices and embrace their truest selves.

So, to recap: A beloved, grassroots fan base, a top-tier tag team and a historic burden on his shoulders with nary a drop of sweat spilt? Maybe there really is something to this “No Days Off” thing.