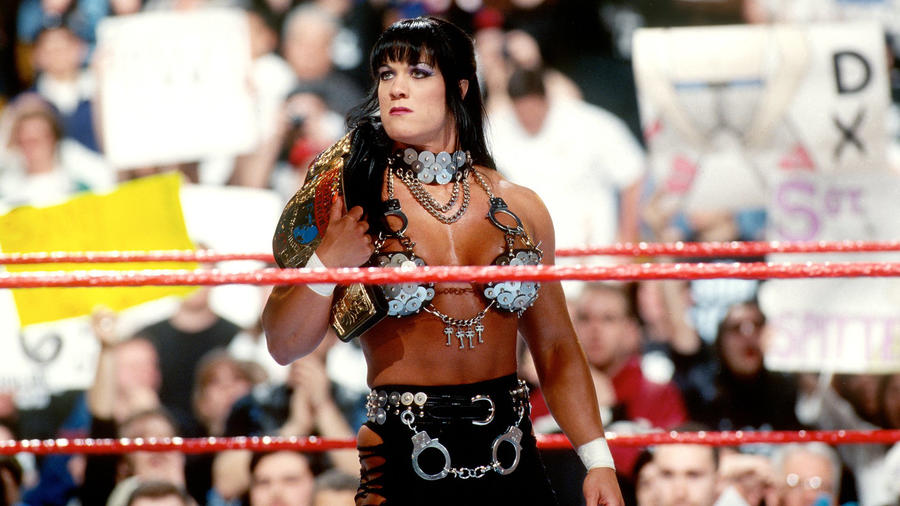 Of all the wonders of the world, perhaps none shone as brightly as Chyna.

Nicknamed “The Ninth Wonder of the World” for her Amazonian power, the late WWE Women’s Champion blazed a trail unlike any woman in WWE history. Even by the anti-establishment standards of the Attitude Era, Chyna upended the status quo from day one: Whereas some female competitors of the time may have been seen as more flash than substance, Chyna came to WWE to fight, serving as the intimidating bodyguard to both Triple H and Shawn Michaels as an original member of D-Generation X. She continued in the capacity of enforcer when the legendary group’s ranks swelled, but individual success was quick to follow.

“Success,” however, is probably too soft a word to describe Chyna’s accomplishments or impact. Boldly treading into territories previously reserved for the Y chromosome contingent of the WWE locker room, Chyna broke as many gender barriers as she did bodies. She was the first woman to qualify for the King of the Ring Tournament and the Royal Rumble Match, accomplishing the latter feat in both 1999 and 2000. She was also the first woman to hold the Intercontinental Championship, which she also achieved on two separate occasions.

Ironically, it wasn’t until the tail end of her WWE career that Chyna targeted the Women’s Championship. Like all her other goals, she achieved it in dominant fashion, dismantling Ivory at WrestleMania X-Seven to seize the title, which she held until her departure from WWE nine months later.

While Chyna’s time in WWE was somewhat brief, the milestones she accumulated would echo long after her departure from the squared circle and her influence on sports-entertainment never faded. Not only did contemporaries like Lita and Trish Stratus continue the trailblazing work she began, but Chyna also paved the way for future Women’s division powerhouses like Beth Phoenix and Nia Jax.

During her tenure in WWE, Chyna spoke on several occasions of her desire to be a Queen of the Ring. Truthfully, she claimed that right, if not the crown itself, from Day One. Anyone who tried to deny her that right inside the squared circle has long since been proven wrong.