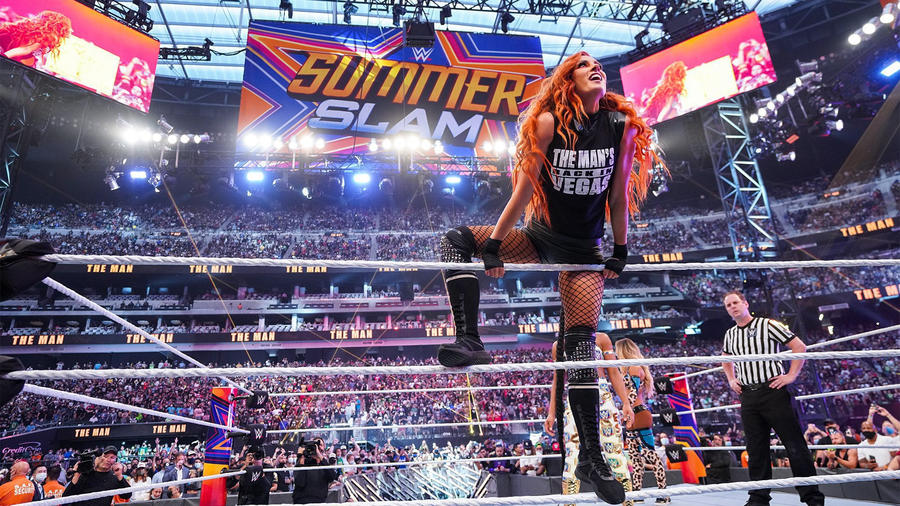 Hardened by a career defined by betrayal, disappointment and underestimation, Becky Lynch decided to take her destiny into her own hands and force her way to the top of the mountain by throwing off anyone, friend or foe, who was blocking her path.

The results speak for themselves. Lynch gave the Women’s division a shot in the arm in 2018 when she won her second SmackDown Women’s Championship, leading an invasion of Raw that left Ronda Rousey demoralized and humiliated — this despite Becky suffering a concussion in the process. The Man made her mark again by winning the 2019 Royal Rumble Match to earn a World Championship opportunity at WrestleMania 35.

Becky would go on to become the longest-reigning Raw Women's Champion in history, fending off challenges from the likes of Sasha Banks, Lacey Evans, and pretty much anyone in a pair of boots who was brazen enough to stand in her way. Her reign finally came to an end on the May 11, 2020, edition of Raw when Lynch announced that she was pregnant and relinquished her cherished prize.

At SummerSlam 2021, though, Becky Lynch returned in epic fashion, entering the ring after Sasha Banks was deemed unable to challenge SmackDown Women's Champion Bianca Belair, knocking would-be replacement Carmella out of the ring and overcoming The EST of WWE in an impromptu matchup to become a five-time Women's Champion. A short time later, Lynch proved that her star was burning as bright as ever when she was drafted to Raw with the first pick in the 2021 WWE Draft.