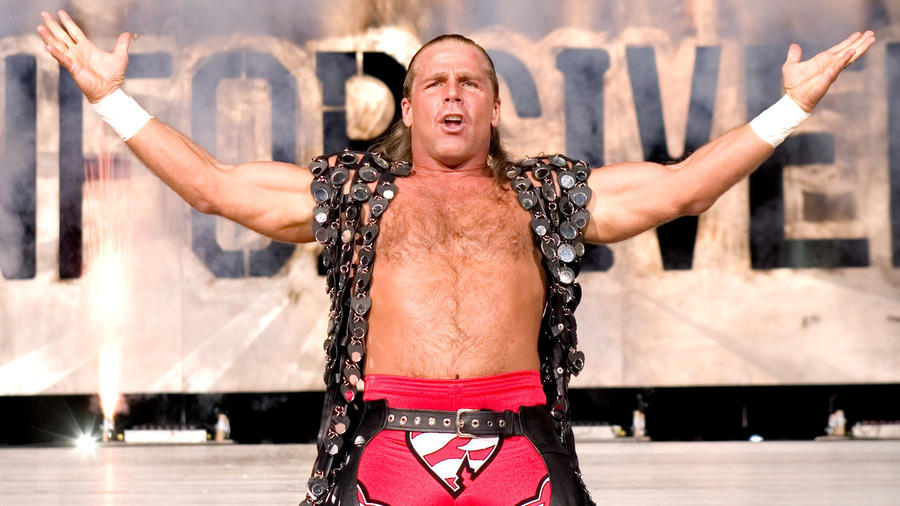 Ask any Superstar on the WWE roster who the most gifted sports-entertainer of all time is and nearly everyone will have the same answer — Shawn Michaels.

A cocky, confident heartbreaker from San Antonio, Texas, HBK started off his career as one half of The Rockers and ended it in a classic match with The Undertaker at WrestleMania XXVI. Along the way, he won every major WWE title, two Royal Rumbles, entry into the WWE Hall of Fame and a reputation as The Icon, The Showstopper, The Main Event.

His days in the ring weren’t always glorious, though. After charming crowds as a Rocker in the ’90s, HBK infamously severed his partnership with Marty Jannetty by smashing his friend’s head through a window. And the notorious “Montreal Screwjob” of the 1997 Survivor Series involving his greatest rival, Bret “Hit Man” Hart, could have killed a lesser Superstar’s career. Instead, it only added to the allure of one of sports-entertainment’s most captivatingly flawed figures.

A rebel in leather chaps, Michaels bucked authority and surrounded himself with people who did the same. As the troublemaker behind DX, HBK made life a living hell for the McMahon family alongside his longtime running buddy Triple H. As a member of The Kliq, he did the same for the WWE locker room, carefully wielding his considerable influence to get the best treatment for himself and friends like Kevin Nash and Scott Hall.

The self-proclaimed “Sexy Boy” could be an unrepentant primadonna, but he was so fluid and brilliant in the ring that it hardly mattered. His Ladder Match with Razor Ramon at WrestleMania X established his reputation for having the best bout on The Grandest Stage of Them All — a tradition he’d continue in classics against Kurt Angle, Chris Jericho and The Undertaker.

HBK’s thrilling run was nearly brought to an early end when a back injury put him out for more than four years. In that time, he fell in love, had children and found religion. When he finally returned, Michaels displayed none of the flaws that plague many Superstars in their final years in the ring. Instead, The Icon continued to have career-defining matches right up until his last stand against The Phenom at WrestleMania XXVI.

Although it was one of the final times WWE fans would hear the crack of Sweet Chin Music, audiences did not mourn HBK’s retirement. Instead, they celebrated it, grateful to have witnessed the evolution of Shawn Michaels from high-flying Rocker to WWE Hall of Famer.