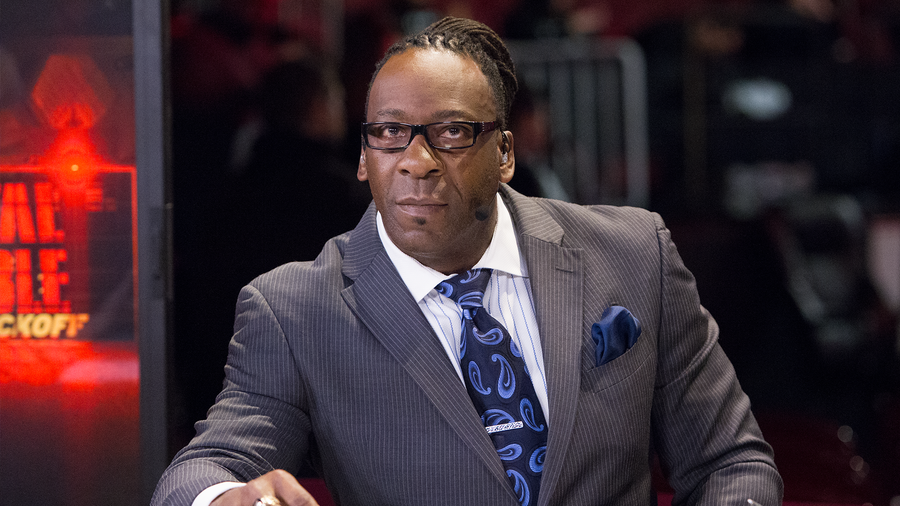 Can you dig it? Booker T is an 11-time WCW Tag Team Champion, a six-time World Champion, winner of the 2006 King of the Ring Tournament and the man responsible for popularizing the word, “Sucka!” in sports-entertainment. He also bears the distinction of holding the WCW World Heavyweight Championship when the promotion folded in 2001.

From the moment he stepped into the WWE ring, Booker T Spinaroonied his way into Superstardom, tangling with a who’s who of squared circle greats, including “Stone Cold” Steve Austin, The Undertaker, John Cena, Triple H, Randy Orton, Batista, Rey Mysterio, Ric Flair, Christian, Mark Henry and many others.

In 2001, as a member of The Alliance, he cost “Stone Cold” the Undisputed WWE Championship. In 2002, as a tag partner with Goldust, he launched one of the most outrageously funny tandems in WWE history. And in 2006 as King Booker, he delivered what’s widely considered the best faux British accent since Kevin Costner’s turn as the Prince of Thieves in “Robin Hood.”

Booker T left WWE in October 2007 but returned in 2011 as part of the biggest Royal Rumble in WWE history. Soon after, the veteran grappler joined the announce team on SmackDown as a color commentator and appeared as a trainer on USA’s hit reality series “WWE Tough Enough.” In summer 2012, the six-time World Champion added yet another tremendous honor to his resume when he accepted the challenging role of SmackDown General Manager.

Booker’s legacy was forever cemented when he was inducted into the WWE Hall of Fame as part of the Class of 2013, and he continues to be a huge part of the sports-entertainment landscape, usually seen as a panelist for the Kick-Off Shows that air before Premium Live Events.

In 2022, the former King of the Ring winner returned to the commentary booth, teaming with Vic Joseph on Tuesday nights on NXT.