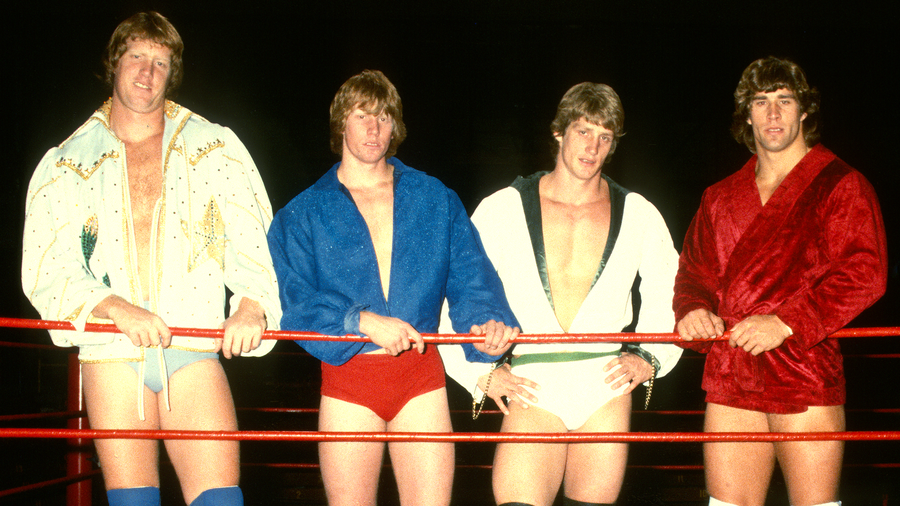 A father and his sons. The father becomes an accomplished and renowned Superstar. Five of his six sons follow in their dad's footsteps to compete inside the squared circle. Fast-forward, and the end result is another great wrestling family being inducted into the WWE's Hall of Fame: The Von Erichs.

As the family patriarch, Fritz Von Erich quickly rose to become a top performer in the industry in the 1960s and 1970s, based upon his imposing presence in the ring, combined with a very powerful and convincing finishing maneuver known as "The Iron Claw." Fritz was also considered to have had a major presence on wrestling in Japan during that time frame, based on the same reasons that made him legendary in U.S. Rings.

Fritz eventually wound down his in-ring career but stayed involved in a promotional capacity in the industry. In 1982, he took a regionally-based Dallas promotion called Big Time Wrestling, approved a name change of the group to World Class Championship Wrestling (WCCW), and the rest was history. The promotion became one of the most respected groups in the country. The Fabulous Freebirds, Jake "The Snake" Roberts, manager Paul Bearer (known then as Percy Pringle), and a young rookie from San Antonio who went on to become Shawn Michaels were among those recognizable names that plied their craft for WCCW.

But it was three Von Erich brothers that stood out in WCCW: Kevin, David and Kerry. While Kevin and David generally based their careers within the framework of WCCW, it was Kerry who became the most successful Von Erich brother. In 1984, Kerry defeated Ric Flair to win the NWA World Heavyweight Championship, and in the summer of 1990, Kerry began competing in WWE as "The Texas Tornado," and won the Intercontinental Championship from Mr. Perfect at SummerSlam in 1990. Two younger Von Erich brothers (Mike and Chris) also competed in the ring as well.

Fritz passed away in 1997, while his sons  David, Kerry, Mike and Chris are also no longer with us, leaving Kevin as the remaining Von Erich brother. Nonethless, there are smiles from up above shining down on him, as truly one of wrestling's most prestigious families, the Von Erichs, enter the Class of 2009 of WWE's Hall of Fame.