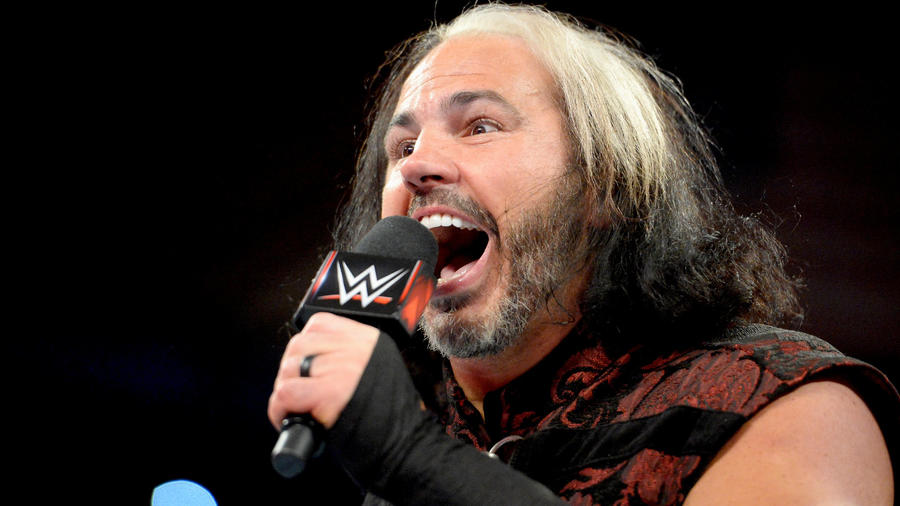 Matt Hardy burst onto the scene in a set of plaid tights in 1994 at age 19, but more than 20 years later, he’s still dropping jaws while living his childhood dream.

Alongside his brother Jeff, Matt helped to revolutionize tag team wrestling in The Attitude Era, capturing the Tag Team Championships again and again in iconic battles against the likes of Edge & Christian and The Dudley Boyz. The legendary bouts incorporated amazing innovations in the form of groundbreaking Ladder Matches and, soon after, the first TLC Matches.

After building a reputation as a high-flying and highly successful duo, The Hardy Boyz took WWE by storm as solo competitors. Matt started to spread the virtues of “Mattitude” en route to multiple titles, including the United States, Hardcore, European and Cruiserweight Championship.

The brothers would reunite periodically, showcasing the same uncanny ability to know what the other was thinking — even if it meant something crazy like lunging from a comically tall ladder. The result of these reunions was always the same: Matt and Jeff would ascend to the top of the tag team ranks again, and the WWE Universe would clamor for more Team Xtreme.

After several years away from WWE, Matt and Jeff shockingly returned at WrestleMania 33, proving they had not lost a step by clinching their eighth Tag Team Championship in a Fatal 4-Way Ladder Match. But later in 2017, a series of matches against Bray Wyatt woke something strange in Hardy. "The Great War," as Hardy called it, resulted in "Woken" Matt tossing Wyatt into The Lake of Reincarnation during a wild battle on The Hardy Compound. Wyatt reemerged at WrestleMania 34 Kickoff, where he helped Hardy win the Andre the Giant Memorial Battle Royal and then hugged his former rival, giving birth to strange new tandem that eventually won the Raw Tag Team Titles.