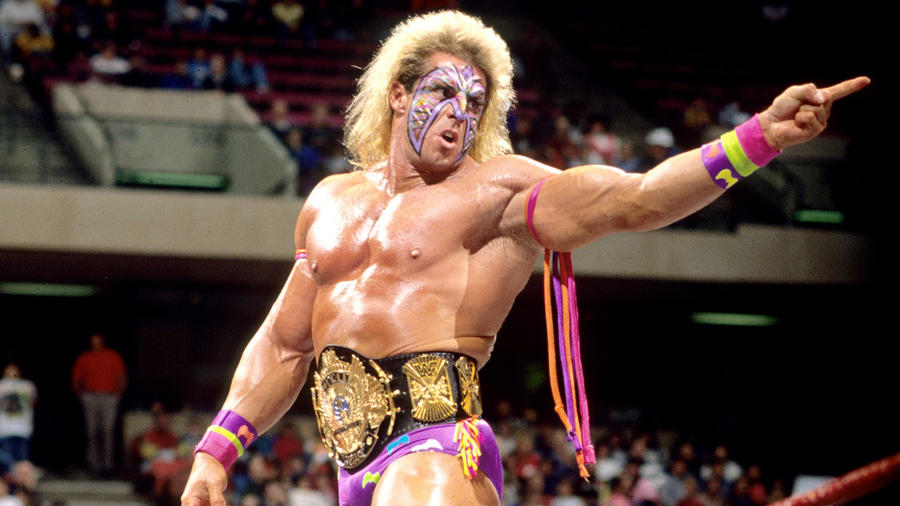 As devastating and intense as any Superstar who stepped through the ropes, The Ultimate Warrior may be the most enigmatic man to ever hold the WWE Championship. Hailing from Parts Unknown, he hid his face under a painted mask and spoke in cryptic puzzles, but the considerable impact he had on WWE is still talked about today.

Making his debut in 1987, Ultimate Warrior quickly captured the attention of the WWE Universe with his comic book physique, neon face paint and aggressive ring entrance. While most Superstars slowly walked to the squared circle, Warrior sprinted full speed down the entrance ramp and ran circles around the ring before shaking the ropes like a man possessed.

The wild Superstar's matches were often as quick as his entrances. At SummerSlam in 1988, the powerful competitor famously defeated The Honky Tonk Man for the Intercontinental Championship in 30 seconds. Legendary Superstars like "Ravishing" Rick Rude and Mr. Perfect also felt the devastating power of Warrior’s Gorilla Press Slam.

Ultimate Warrior's biggest victory, however, occurred at WrestleMania VI in Toronto's SkyDome. In front of 67,000 rabid members of the WWE Universe, Warrior defeated WWE Hall of Famer Hulk Hogan to win his first, and only, WWE Championship. On that night, he achieved the rare feat of holding the Intercontinental and WWE Titles simultaneously.

For nine months, Warrior successfully defended the championship before losing to Sgt. Slaughter at Royal Rumble in 1991. The intense Superstar then entered into a rivalry with "Macho Man" Randy Savage, culminating in a legendary Retirement Match at WrestleMania VII, which Warrior won in the defining performance of his career. In the months that followed, he battled Superstars like Undertaker, Papa Shango and Sid, but disappeared from the ring suddenly.

Throughout the ’90s, Warrior made sporadic returns to WWE, including a smashing of a young Triple H at WrestleMania XII, and finally popped up in World Championship Wrestling for a rematch with Hogan at Halloween Havoc in 1998. This contest would be his last major ring appearance, bringing an anticlimactic end to the career of one of sports-entertainment’s most unique competitors.

On April 6, 2014, Warrior returned to WWE for his induction into the WWE Hall of Fame. Three days later, the iconic Superstar passed away, leaving behind legions of Warriors with unforgettable memories to last an eternity.