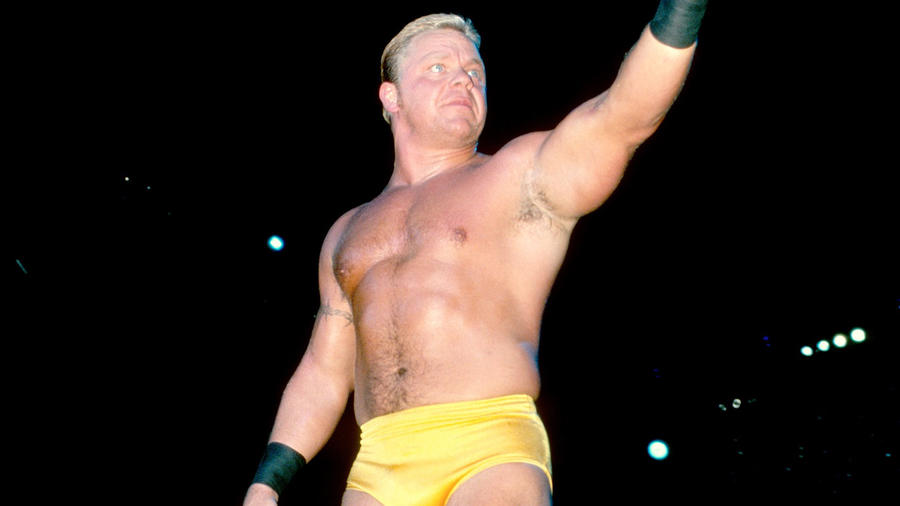 Without Shane Douglas, there would have been no ECW World Heavyweight Championship.

No other competitor on the ECW roster could have pulled off such a flagrant act of defiance with the poise of the man who declared himself "The Franchise." Indeed, it was Douglas’ unflappable confidence, poison tongue and hair-trigger temper that made him both a captivating personality and a sports-entertainment outlier better suited for the uncensored world of Extreme Championship Wrestling.

The Franchise did not start out this way, however. Trained alongside Mick Foley by Dominic DeNucci, Douglas skateboarded into WCW as one-half of the fun-loving Dynamic Dudes alongside John Laurinaitis in 1989. Looking like Zack Morris with his bleached blond mullet and neon high-tops, the upstart popped over to WWE in the early ’90s and then back to WCW where he developed rapidly during a championship partnership with Ricky "The Dragon" Steamboat.

Douglas’ breakout as a singles star came in 1993 when he abandoned his white bread good guy act as ECW’s newest villain. Dispatching his hardcore opponents with a rough, technical style — Douglas always favored belly-to-belly suplexes over barbwire bats — the Pittsburgh native became the first champion of the rebranded Extreme Championship Wrestling, and the leader of The Triple Threat. An obvious challenge to his nemesis Ric Flair and his Four Horsemen, the group’s rotating cast of characters included Bam Bam Bigelow, Chris Candido and “Primetime” Brian Lee at different times.

A brief trip to WWE in 1995 became the career lowlight for Douglas as the Dean Douglas persona (based on the fact that he was formerly a school teacher) forced upon him failed to catch on with WWE fans who saw it as a retread of The Genius. When he returned to ECW, he had an even bigger chip on his shoulder. Now with his “head cheerleader” Francine by his side, The Franchise captured both the ECW Television and ECW World Heavyweight Titles while besting Chris Jericho, Bam Bam Bigelow, Sabu and many more.

After losing the ECW World Heavyweight Title to Tazz at the Guilty as Charged pay-per-view in 1999, Douglas returned to WCW for a strong two-year run as The Franchise. He won both the United States Title and the WCW Tag Team Titles (alongside Buff Bagwell) and captained competitors like Dean Malenko and Perry Saturn in an impressive faction known as Revolution.

The Franchise disappeared from the national scene following the closure of WCW in 2001, but he continues to be an outspoken presence on the independent scene. To anyone who has a problem with that, Douglas’ message remains as explicit as it was on the night of Aug. 27, 1994: “They can all kiss my @$$!”