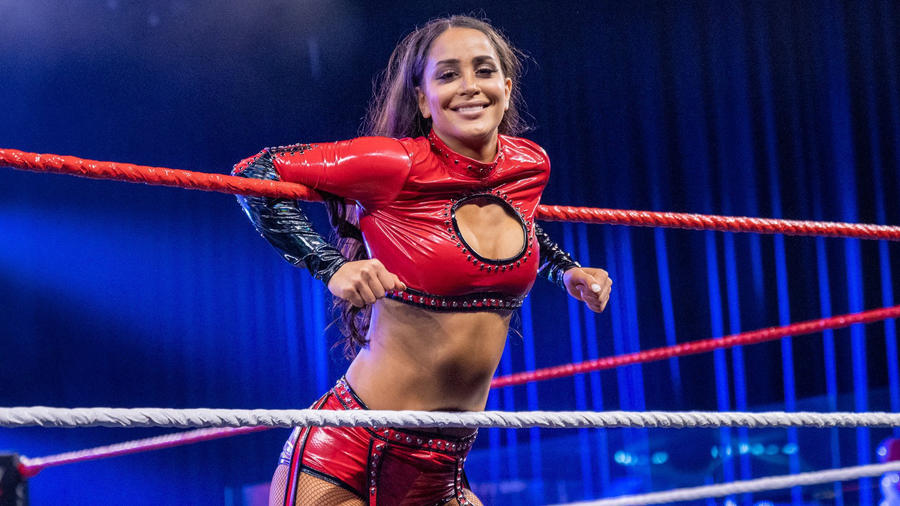 Young, bold and boundlessly athletic, Aliyah welcomes the spotlight, perhaps because she’s no stranger to it. The WWE Universe has tracked her journey to Superstardom, beginning with appearances on the WWE Network original series Breaking Ground (where cameras documented Aliyah’s days training in the Performance Center) and extending to her first steps inside the NXT ring as a competitor.

Aliyah knew her future was in sports-entertainment the moment she saw Beth Phoenix and Mickie James battle on Raw in her hometown of Toronto. But Aliyah’s path to the squared circle was an indirect one that started with circus training as a teenager, which allowed her to increase her flexibility and master her body movement — qualities that pay dividends inside the ring and spell trouble for her opponents.

Looking to breakout in NXT's stacked Women's division, Aliyah aligned with the Robert Stone Brand in 2020. With Stone in her corner, the up-and-comer became a fixture of NXT.

Now, the 2021 WWE Draft has brought Aliyah to Friday Night SmackDown, and she quickly took the blue brand by storm, notably scoring the pinfall in a Six-Woman Tag Team bout during her first match!

Fast forward to the final Raw before WWE Clash at the Castle, where Aliyah teamed with Raquel Rodriguez and  overcame the treacherous Dakota Kai & IYO SKY in the tournament finals to become the new WWE Women’s Tag Team Champions!

Aliyah wants all eyes on her, and she won't stop until she proves she deserves it.