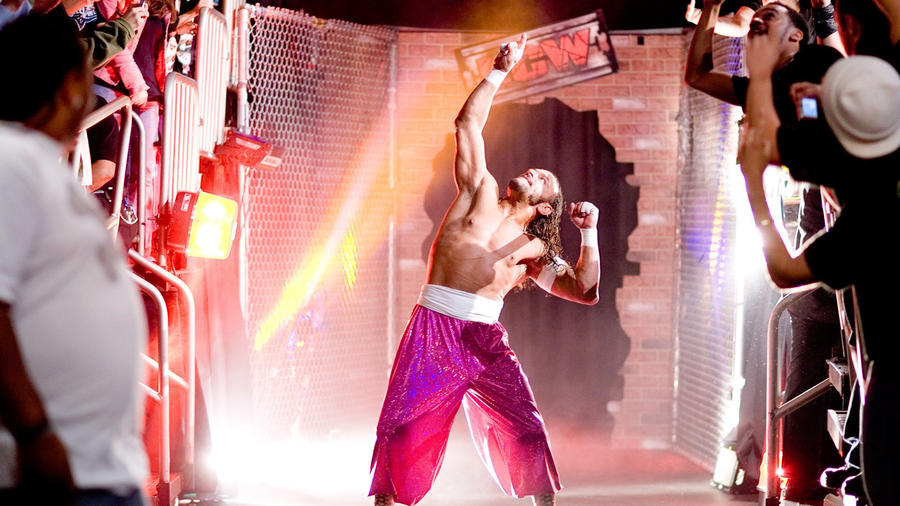 If Tommy Dreamer was the heart and soul of ECW, then Sabu was its raw nerve.

The extreme maniac who was winkingly billed as hailing from “Bombay, Mich.,” spread the gospel of a hardcore high-flying style across several continents. Whether he was tearing himself with barbed wire or flipping off the ropes through tables and chairs, each one of Sabu’s matches belonged on a “best of” DVD. The man who would come to be known as The Human Highlight Reel was as game-changing as they come.

Though his persona was that of a Saudi madman, Sabu’s origins were far from hectic Arabian bazaars — he was from Michigan. Descending from a famed wrestling bloodline, Sabu was the nephew of The Sheik and was trained alongside future rival and partner Rob Van Dam by his barbaric, WWE Hall of Fame uncle. After cutting his teeth (and torso) in Japanese death matches, Sabu arrived in ECW.

Briefly sojourning to WCW in late 1995, Sabu returned to his extreme roots and competed in a series of epic bouts against RVD. The two aerial experts traded victories in mid-1996, but eventually earned each other’s respect and formed one of sports-entertainment’s hottest tag teams. Led by the whistle-blowing Bill Alfonso, the duo employed chairs, ring ropes and guardrails to execute stunning maneuvers and win championships. Their trailblazing bout against The Eliminators at Cyberslam 1997 paved the way for WWE’s Tables, Ladders and Chairs Matches.

Tazz, an early rival of Sabu’s, also paired up with the hardcore high-flyer to win the ECW Tag Team Championship by defeating ECW’s top thugs, The Public Enemy. In the following years, the two extreme icons began to rise to superstardom in parallel with one another and eventually became the company’s main attractions with the most fervent of fanbases. Once Sabu and Tazz reached a zenith of notoriety, the Philadelphia faithful began clamoring for a match between them.

After a full year of taunts, Sabu finally agreed to face Tazz in the most highly anticipated match in ECW history at the company’s first pay-per-view, Barely Legal. The man from the Red Hook section of Brooklyn, N.Y. emerged victorious, but Sabu turned the tables following the bout, stealing away Tazz’s manager, Bill Alfonso. The two innovators swapped wins in brutal rematches during the following three years, and Sabu even briefly captured Tazz’s personally created title before bringing the legendary rivalry to a close.

Nearly 10 years after his first appearance, Sabu returned to Raw in preparation for WWE’s relaunch of the ECW brand. Finally being unleashed on WWE rings, Sabu competed in marquee contests over the following year with John Cena for the WWE Championship and Rey Mysterio for the World Heavyweight Championship. The pinnacle of Sabu's career came when he and fellow ECW Originals, Rob Van Dam. Tommy Dreamer and The Sandman defeated Matt Striker, Kevin Thorn, Marcus Cor Von and Elijah Burke at WrestleMania 23 at Ford Field in Detroit as more than 80,000 fans chanted "E-C-DUB!" Shortly thereafter, Sabu left WWE in May 2007 and is still putting his opponents through tables all over the world.

Sabu never spoke. His actions did the talking. His remarkable appetite for competition was infectious. In one bout where the ring ropes were replaced with barbed wire, Sabu taped up his own arm mid-match after shredding his bicep. In others, he sealed a wound with superglue and reattached his jaw to his skull, all so Sabu could continue to inflict punishment. Grapplers and fans alike marveled everywhere at The Homicidal, Suicidal, Genocidal, Death-Defying Man Known the World over as Sabu.