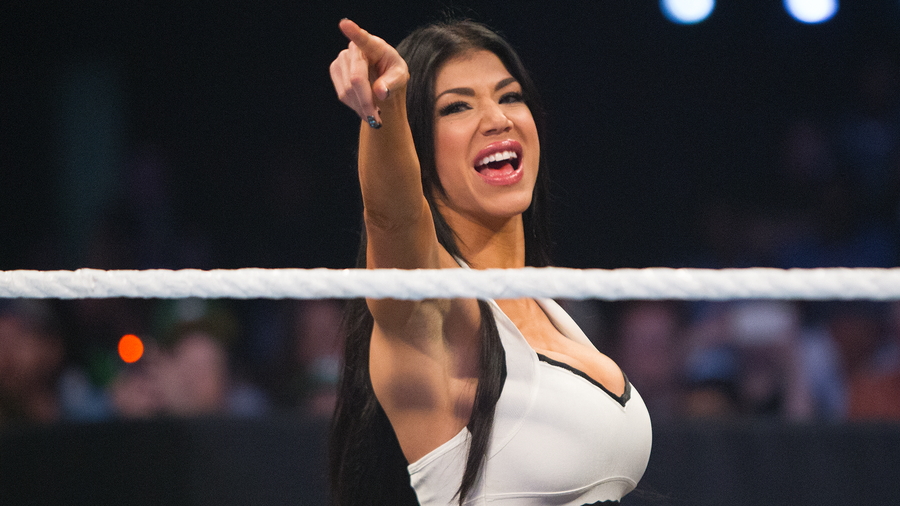 Rosa Mendes was living proof that dreams come true all the time in WWE. When we first met Rosa, she was seen at ringside, wildly waving signs that proclaimed her devotion to Beth Phoenix and vehemently cheering on the dominant Glamazon. Mendes' support eventually turned problematic for WWE security personnel. Leaping barricades, the future Superstar found herself physically involved in Beth's bouts as a way to sustain her idol's supremacy.

Amazingly, her tenacity was rewarded, and Rosa was offered an internship position with “Glamarella.” While most interns spend their days slogging through a host of increasingly menial tasks, Rosa's gig led her directly to the ring. After learning at the knee of The Glamazon (and to a lesser extent, Beth's former beau, Santino Marella), Rosa was ready to fly on her own.

Through her time in the ring, Rosa was never afraid of a challenge and had no problem stepping into the ring with anyone and everyone. In her time, she even moved beyond competition to lead the team of Primo & Epico to a long reign with the WWE Tag Team Championship.

While netting championship gold was always her top priority, the Slammy Award-winning femme fatale also shinned as part of E!’s Total Divas and even served as a SmackDown backstage interviewer.

Once an intern and manager, Rosa became a force to be reckoned with.