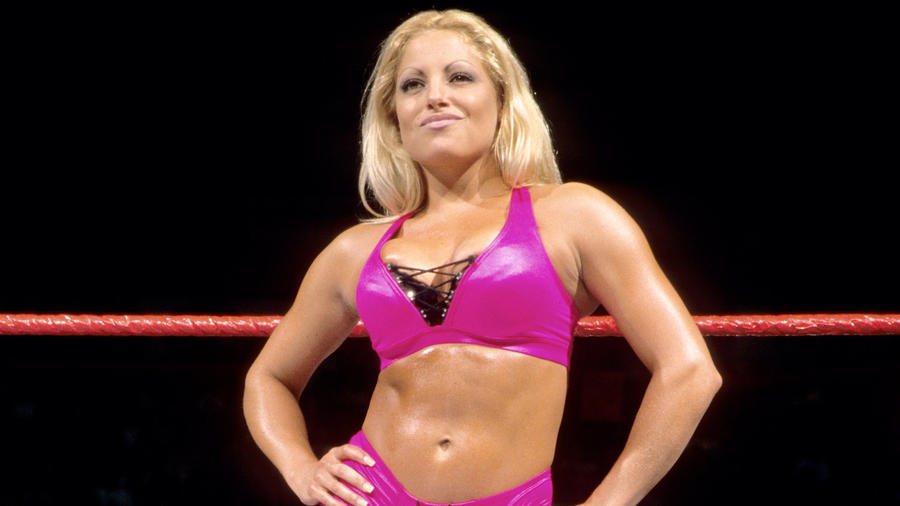 Trish Stratus might be the greatest Diva to ever set foot inside a WWE ring.

Gorgeous, powerful and talented, the Canadian beauty was easy on the eyes but tough on opponents. This rare mix of good looks and skill helped Trish nab a record seven Women’s Championships during her run with WWE.

Stratus’ reputation as one of the greatest females in sports-entertainment history did not come easily though. First achieving success as a fitness model, she entered WWE in March 2000 as a manager, leading the careers of Test, Albert and Val Venis. Immediately, the WWE Universe could tell she was someone worth looking at it, but Trish was dismissed as just that — eye candy.

She proved she was more than just a pretty face when she started competing in 2001. In November of that year, Trish captured her first Women's Championship when she won a Six-Pack Challenge Match at Survivor Series. The gorgeous Diva won that title seven times over the next five years, defeating top competitors like Lita, Molly Holly and Victoria in the process.

Trish announced her retirement from the ring in 2006 and competed in her last match at Unforgiven in September, beating Lita to win the Women's Championship for the final time. In the years that followed, the beloved beauty has regularly returned to WWE, including tagging with “Jersey Shore” troublemaker Nicole "Snooki" Polizzi at WrestleMania XXVII, appearing as a trainer on the 2011 relaunch of “Tough Enough” and taking her rightful place in the WWE Hall of Fame in 2013.

Since that induction, Stratus has stepped through the ropes multiple times, including teaming with her best friend, Lita, in a victory over Alicia Fox & Mickie James at WWE's first-ever all-women's pay-per-view, Evolution. She also locked up with Charlotte Flair in an amazing bout at SummerSlam 2019, a match that Trish said would be her last in various press interviews.