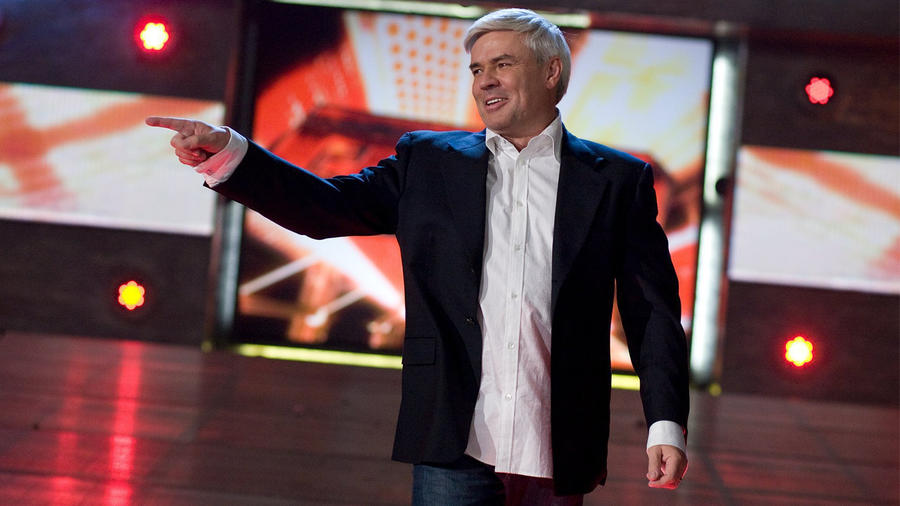 Eric Bischoff, a pioneer behind the scenes in sports-entertainment, as well as an incredibly entertaining performer in front of the camera, thrived under the belief that controversy creates cash. That belief brought him success everywhere he went in the business, from WCW to WWE.

Bischoff broke into the sports-entertainment industry in the late 1980s for fellow Hall of Famer Verne Gagne’s AWA. He started off in sales but soon became an on-air talent, hosting the AWA’s shows on ESPN and interviewing the legendary territory’s stars. But as the 1990s arrived, the AWA was on the brink of going out of business, so Bischoff made a move that would eventually change the industry.

He joined World Championship Wrestling in 1991, hosting shows and calling the action on WCW’s weekly television shows. But by the mid-1990s, Bischoff had risen the ranks and became executive producer of WCW. He helped bring Hulk Hogan to the company and launched WCW Monday Nitro, the competitor to WWE’s Monday Night Raw that kicked off the infamous Monday Night War that helped make sports-entertainment a pop culture phenomenon.

Bischoff didn’t shy away from the camera either, joining up with the nWo as they ran roughshod on the promotion. After WWE purchased WCW in 2001, he brought his brand of ruthless leadership to WWE in 2002 as the first General Manager of Monday Night Raw. His arrival was one of the most shocking moments in WWE history, and his time in charge of the red brand was defined by one simple phrase: “Controversy creates cash.”

Bischoff never strayed far away from controversy as General Manager, as he engaged in rivalries with the likes of “Stone Cold” Steve Austin and John Cena. He continued to innovate, as well, with concepts like Raw Roulette and the Elimination Chamber, which lives on as one of WWE’s annual pay-per-view events.

For Bischoff’s innovation behind the scenes and his memorable performance in front of the camera, there is no greater honor than induction into the WWE Hall of Fame.