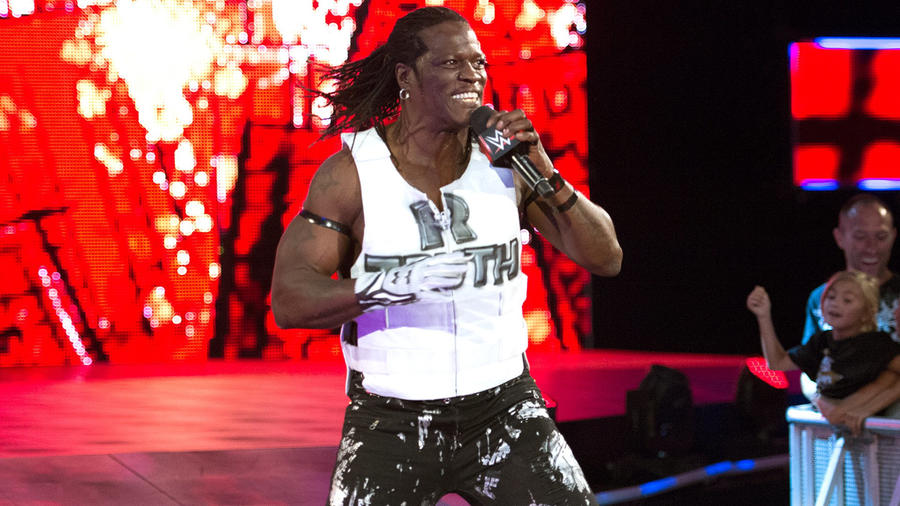 The truth is this: WWE would probably not be nearly as entertaining without R-Truth in it.

As hilarious as he is prolific, WWE’s resident rapping Superstar has stuck and moved his way throughout sports-entertainment for the better part of two decades, making his mark on some of the most memorable moments in WWE history. Just when you think Truth has faded into the sunset, he comes back, and he comes back strong.

He was rowdy for a hot minute as K-Kwik during The Attitude Era. Then, after a WWE sabbatical, he came back stronger than ever as R-Truth. Then, when it seemed like he had his moment in the spotlight, Truth continued to evolve and innovate, battling John Cena for the WWE Championship, capturing the WWE Tag Team Titles alongside Kofi Kingston, winning two United States Championships and even dancing his way to victory with Carmella in Mixed Match Challenge Season 2.

But it was Truth’s on-again-off-again courtship with the 24/7 Championship that captured the full attention of the WWE Universe. His perilous pursuit of his “baby” and the lengths to which he has gone to keep it in his possession have created some of the most gut-busting moments in WWE history. Thanks to Truth, we have seen championship matches waged on airplanes mid-flight, in a hotel room, at San Diego Comic-Con and even during a wedding.

As his long career and his numerous 24/7 Title reigns have proven, you can never count R-Truth out. He’ll always come back, you’ll never expect it and you’ll certainly be glad that he did. Now that’s what’s up.