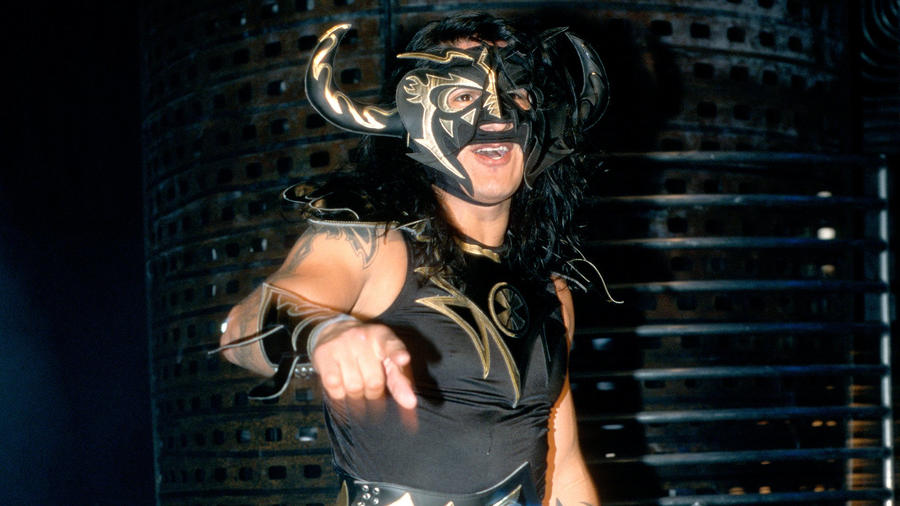 At the height of WCW’s popularity in the late ’90s, one of the most recognizable “faces” on Nitro was Mexican luchador Psicosis. In addition to being a mainstay of WCW’s cruiserweight division, the masked highflier was considered to be one of  Rey Mysterio’s greatest adversaries, battling The Master of the 619 in ECW, WCW and WWE.

Psicosis’ in-ring career began in Mexico under the tutelage of Rey Mysterio, Sr. The luchador quickly became a rising star in Mexico’s AAA organization, engaging in rivalries with La Parka and Rey Mysterio. Eventually, Psicosis caught the attention of Paul Heyman and made the transition north of the border, competing in ECW in 1995.

Although his tenure in ECW was brief, Psicosis’ conflict with Mysterio intensified following a series of critically acclaimed matches that not only helped launch his American career, but also put The Master of the 619 in the forefront of wrestling fans’ minds. With his unique ring gear and uncanny flying abilities, Psicosis joined WCW in 1996 and became a prominent part of the cruiserweight division.

Psicosis continued to battle Mysterio in WCW and took part in a highly-competitive series of matches against Japanese sensation Ultimo Dragon. Eventually, the masked man became a two-time Cruiserweight Champion, as well as a founding member of Eddie Guerrero’s short-lived group of Mexican wrestlers, The Latino World Order.

Following a battle with Billy Kidman on Nitro, Psicosis was forced to remove his mask and reveal his true face to the world. The dishonor did not stop the agile grappler from competing at the highest levels in Mexico, Japan and various independent organizations before appearing at ECW One Night Stand in 2005 to once again face his greatest opponent, Rey Mysterio.

Following the event, Psicosis joined WWE, teaming with Super Crazy and Juventud Guerrera as The Mexicools. After exciting the WWE Universe in numerous six-man and tag team battles, Psicosis and Super Crazy soon found themselves at odds and battled on SmackDown, resulting in Psicosis being defeated and then leaving WWE.

Though he still competes in Mexico, Psicosis will always be remembered for his legendary rivalry with Rey Mysterio. The lucha libre star was also a primary force behind the popularity of WCW’s cruiserweight division, paving the way for a new level of high-flying excitement that carries on today in WWE.