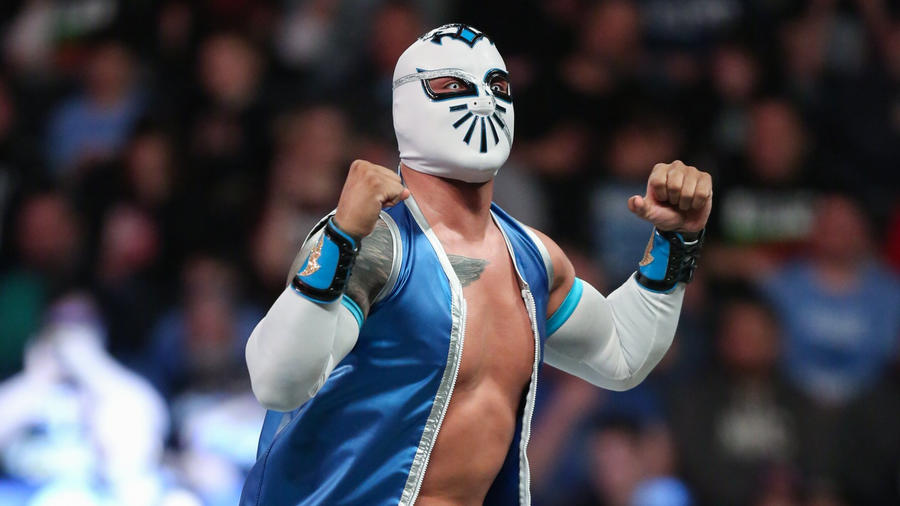 Having already forged a strong international following, Sin Cara, known for his high-flying style and awe-inspiring acrobatics, set his sights on reaching new heights of global success with WWE. The most popular luchador in Mexico became a welcome and huge acquisition by WWE and debuted on Monday Night Raw the night after WrestleMania XXVII, April 4, 2011.

A second-generation performer, Sin Cara (whose name literally means “without face”), began in Mexico at the tender age of 15 and has never looked back. With his roots firmly bedded in the art of lucha libre, he exudes charisma, agility and a deep love and loyalty for his Mexican heritage. In WWE, the soaring Superstar birthed a new legacy, wowing viewers around the world with spectacular displays of agility and airborne attacks and joining forces with Kalisto to form the championship-winning tandem of The Lucha Dragons.

Watching Sin Cara take to the air to send Superstars spinning, whirling and scrambling for recovery is more than just observing a world-traveled competitor in his natural element; it’s to witness the impossible. You won’t just believe Sin Cara can win a match; you’ll believe a man can fly.