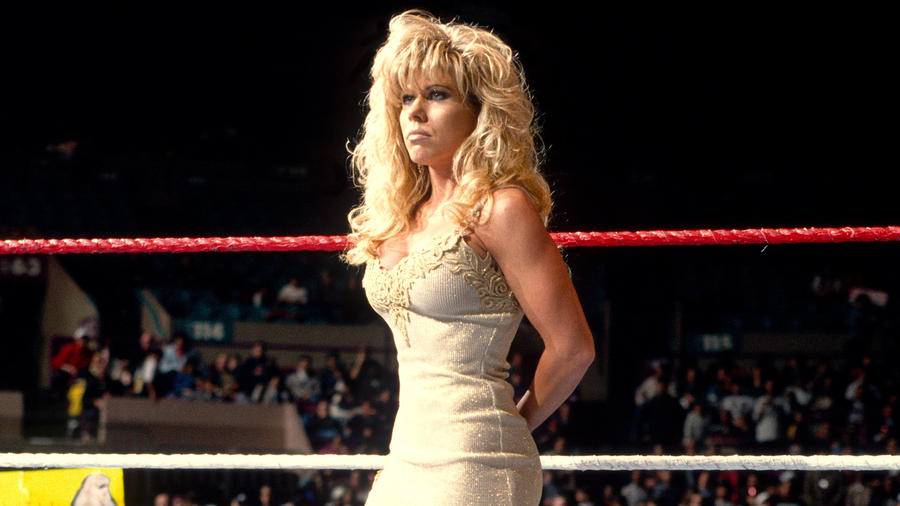 As mysterious as she was stunning, Terri Runnels could draw eyes with nothing more than a smirk and a nod.

The sports-entertainment world first met Runnels in WCW as the laptop-toting leader of The York Foundation. Known as Alexandra York, Runnels was the first manager to use technology to predict her competitors’ skills and the next Superstars to add to her regime.

Runnels’ best success came when she traded her laptop for a cigar, as she started to direct one of the strangest Superstars to ever step inside a WWE ring: Goldust. Runnels debuted alongside The Bizarre One at the 1996 Royal Rumble and distracted the referee to help her charge defeat Razor Ramon for the Intercontinental Championship.

When Goldust swapped Terri for a new manager in 1998, she found common ground with Jacqueline, who Marc Mero recently kicked to the curb. The pair interrupted a Goldust vs. Mero match to low-blow their former flames. Calling themselves The Pretty Mean Sisters, Terri and Jackie refused to play second fiddle to a man anymore and ordered a Superstar named Meat to do their bidding.

Terri continued to drop jaws throughout The Attitude Era with her risqué attires and shocking betrayals, like leaving Perry Saturn for Raven. And after years of leading Superstars to gold, she captured some for herself while serving as a Raw backstage interviewer in 2002, when she pinned Steven Richards to win the Hardcore Championship.

Whether guiding a Superstar into the spotlight or stealing it for herself, Terri Runnels always commanded attention. No matter what she did, it was impossible not to take notice.