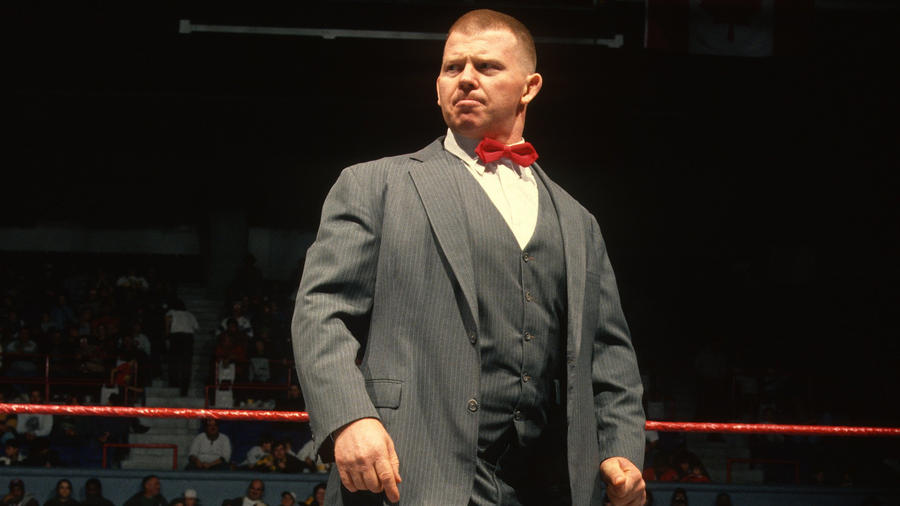 As American as apple pie, Bob Backlund experienced success as both an adored hero and a loathed villain in a WWE career that spanned across three decades. The kid from Princeton, Minn., quickly became a fan favorite and the seventh WWE Champion in the company’s history at Madison Square Garden in 1978. But when Backlund left WWE for good in the mid-1990s, he was a deranged madman despised by the fans for his outlandish behavior. It was a stunning transformation for the once beloved man who reigned atop sports-entertainment in the pre-Hogan era.

Backlund was a television staple after arriving in WWE thanks to his boyish demeanor and superior talent, and on Feb. 20, 1978, he achieved what few before him had ever done and won the WWE Championship by defeating the flamboyant “Superstar” Billy Graham. A former athletic standout at North Dakota State University – where he won the NCAA Division II heavyweight wrestling championship – Backlund had the rare combination of good looks, pure strength and technical skill.

The list of opponents’ that succumbed to Backlund during his reign reads like a who’s who of wrestling greats, including Sgt. Slaughter, Greg Valentine, Antonio Inoki, Don Muraco and Jimmy Snuka. He even defended the title against other promotions’ top dogs, including the NWA’s Harley Race and Ric Flair and the AWA’s Nick Bockwinkel.

By the early '80s, pop culture was changing and so was WWE. Backlund lost the WWE Championship to The Iron Sheik while trapped in the Camel Clutch in Madison Square Garden. Backlund never submitted, but his manager Arnold Skaaland opted to throw in the towel to avoid permanent injury. Three weeks later, Hulk Hogan became champion and Backlund quietly left WWE.

After a decade, Backlund made an unexpected return in 1992. At this point, WWE had undergone many changes, and Backlund's boy-next-door looks didn't receive the same reaction they once had. After losing a highly-anticipated WWE Championship opportunity against Bret Hart, Backlund snapped and became Mister Backlund, a bowtie-wearing, dictionary-toting madman who enraged the WWE Universe. He assaulted WWE personalities with the Crossface Chickenwing, including Skaaland, who Backlund blamed for his title loss 10 years prior. The devastating hold put even the most talented Superstars in muscle-stretching agony and has been known to literally tear men apart.

Backlund received another opportunity at Hart’s WWE Championship at 1994’s Survivor Series in a “Throw in the Towel” Match. In spectacular irony, Backlund regained the WWE Championship the same way he had lost it 11 years earlier. With the “Hit Man” locked in the Chickenwing for more than eight minutes, Bret’s mother played the role of Skaaland and threw in the towel. He might have been more “eat your broccoli” than American apple pie, but Mr. Backlund was once again the champ.

The three total days of his second reign did not quite match Backlund’s first six-year run with the title. Backlund slowly ended his in-ring career, had a memorable run for President of the United States in 1995 and briefly managed another American hero, Kurt Angle.

Backlund’s impressive run at the top and subsequent descent into absurd lunacy makes for one of the most unique careers in WWE history. That’s why it was no surprise when the former WWE Champion was inducted into the WWE Hall of Fame in Madison Square Garden in 2013.