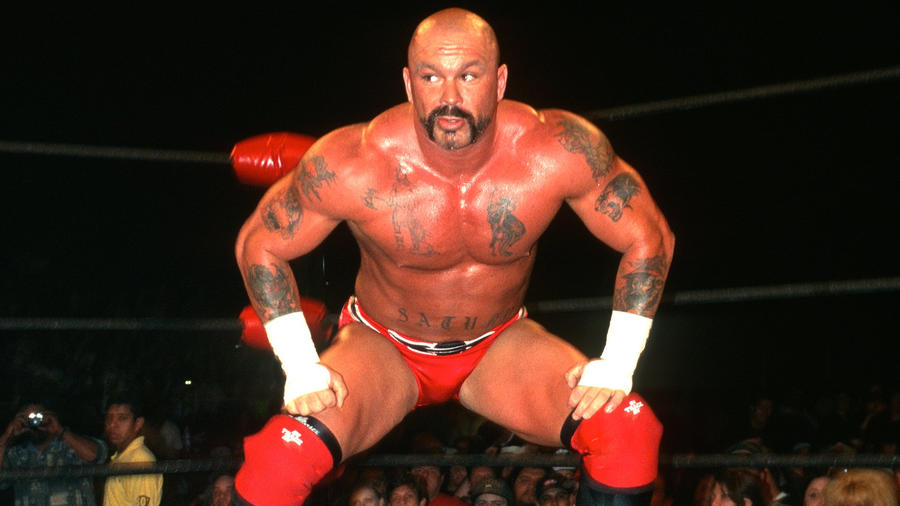 When it comes to word association, “tough” is the best way to describe Perry Saturn. A former Army Airborne Ranger and student of the legendary Killer Kowalski, Saturn competed in ECW, WCW and WWE, winning championships in each organization and bringing out the very best in his opponents.

Fighting out of the rough Combat Zone in Boston, Saturn first competed on the independent scene in Japan and briefly in WWE before meeting the high-flying John Kronus. The unique blend of styles between both competitors inspired them to form a tag team that became known as The Eliminators.

Their skills caught the attention of Paul Heyman, and the duo soon made their way to Philadelphia to compete for ECW. Brawling in the legendary ECW Arena, The Eliminators quickly proved they meant business and set out to become the most dominant tag team in ECW history. Embroiled in memorable rivalries with other great extreme duos such as The Pitbulls and The Gangstas, Saturn and Kronus became three-time ECW Tag Team Champions.

After suffering a knee injury, the bald-headed brawler split from Kronus and joined fellow ECW-alum Raven’s band of misfits known as The Flock in WCW. Continuing to display his inherent hardiness, Saturn acted as an enforcer for the filthy faction, quickly becoming Raven’s right-hand man. His patented Death Valley Driver made him a feared competitor and he captured the World Television Championship early in his WCW career.

Saturn’s success in WCW could be attributed to his no-nonsense demeanor, a quality that went against Raven’s constant droaning of self-loathing. Tension between the two began to mount and Saturn eventually parted ways with The Flock, breaking free of the faction after defeating his former leader in a Raven’s Rules Match at Fall Brawl 1998.

In 1999, Saturn caused shockwaves when he left WCW for WWE alongside Dean Malenko and Eddie Guerrero as part of a famous defection. The former WCW TV Champion continued his singles success in WWE, capturing the European Championship and the Hardcore Championship twice. However, Saturn’s defining moment in WWE remains his bizarre relationship with a mop named “Moppy.”

Perry Saturn left WWE following an injury in 2002, but his success throughout the late ’90s in all three major promotions remains a testament to his ability, his attitude and his reputation as one of the toughest competitors of his day.