Managed The Undertaker and Kane; 2014 WWE Hall of Fame Inductee 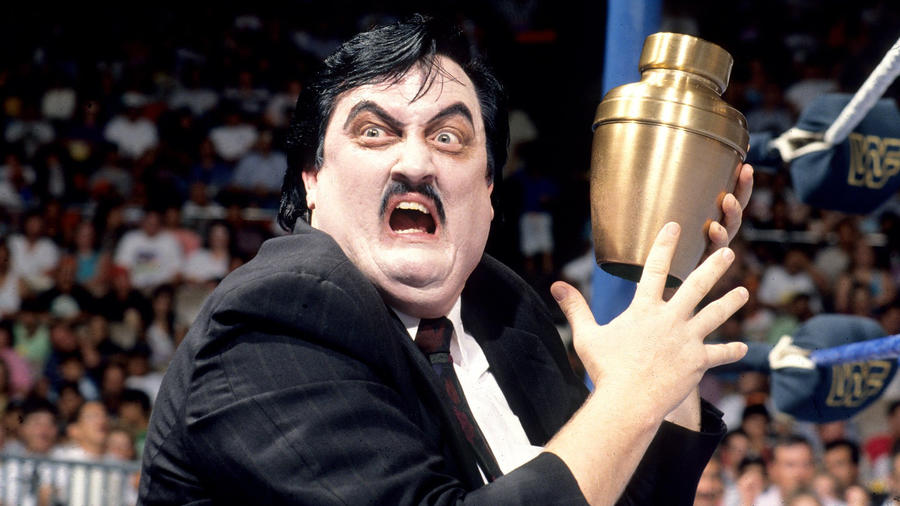 Best remembered as the unsettling caretaker of intimidating Superstars like The Undertaker, Kane and Mankind, Paul Bearer crept into WWE in 1990. Fish belly pale in a dour black suit, the grim mortician was about as pleasant as dental surgery, which made him a perfect fit for his role as the eerie spokesman for The Demon from Death Valley.

Paul Bearer was more than just a discomforting manager, though. As his complicated relationship with The Undertaker developed, it was revealed that Bearer had fathered a son with The Phenom’s mother.

That hellspawn, as it turned out, was Kane. Unleashing his demonic son into WWE, Bearer backed The Big Red Monster in his bout against The Deadman at WrestleMania XIV, but the father’s allegiance would continually shift as the rivalry between The Brothers of Destruction raged for years to come.

A key player in The Undertaker’s sadistic Ministry, Bearer sided with The Deadman in his return match against Kane at WrestleMania XX in 2004. That alliance crumbled again in 2010 when Bearer used The Phenom’s sacred urn against him and realigned with The Devil’s Favorite Demon. Unfortunately, this reunion only made Bearer a target of Kane’s rivals, like Edge and Randy Orton, during his final series of appearances in WWE.

Both chilling and intriguing the WWE Universe with his memorably macabre persona, Bearer will forever be recognized as one of WWE’s defining managers and an integral part of The Undertaker's legendary mythology.

On April 6, 2014, Paul was officially inducted into the WWE Hall of Fame, acknowledged by The Phenom himself, who made a rare appearance at the induction ceremony to pay tribute to his late manager and friend.