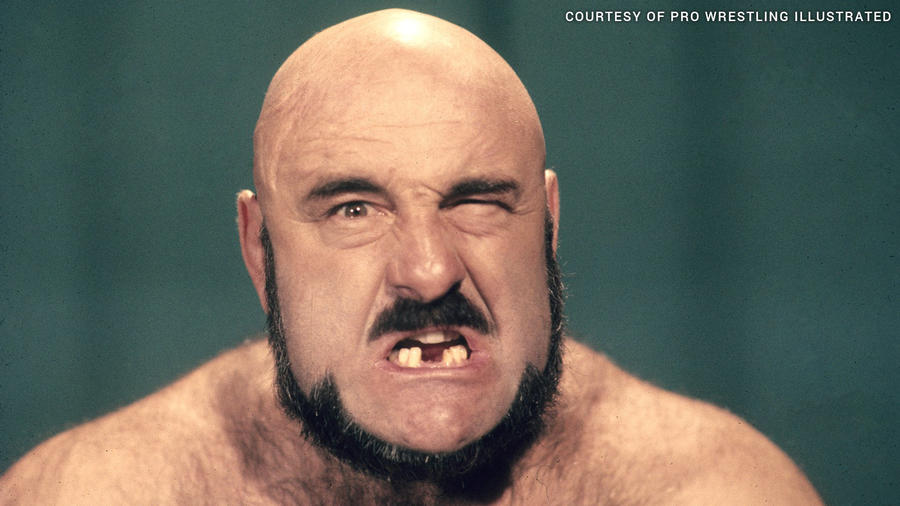 One of the most unorthodox characters in sports-entertainment history, Mad Dog Vachon terrorized opponents, officials and fans for four decades and made a lasting mark as a brutal competitor and a true original.

Born in a working class district of Montreal in 1929, Maurice Vachon was a standout grappler from a very young age. His considerable talents earned him many national championships and a trip to the 1948 Olympic Games where he finished 7th overall. From there, Vachon transitioned naturally into the world of professional wrestling, but his early career was uneventful. It wasn't until Maurice shaved his head, grew a beard and took on the name "Mad Dog" that his career took off.

With his intimidating look and ferocious attitude, the bloodthirsty Vachon left Olympic-style mat wrestling behind and became the most feared brawler in Minnesota's American Wrestling Association. Grappling with local legends like Verne Gagne and The Crusher, Mad Dog captured the AWA World Heavyweight Championship five times during the 1960s and brought in some of the biggest box offices the territory had ever seen.

In a time long before the dawn of "hardcore wrestling," Vachon was an uncommonly cruel and brutal competitor. While he wasn't the biggest man in the ring, Mad Dog used everything that wasn't nailed down to batter his opponents. He filed his fingernails until they were razor sharp, gnawed on foreheads and built caskets for his next victims. The pit bull-like mauler was so destructive in the ring, he was banned from competing in three states. Still, Mad Dog's particular brand of mayhem drew legions of fans, including his future wife, Kathy Joe. As the story goes, Vachon and the young beauty locked eyes after he hit her with a foreign object he tossed into the crowd. It was love at first sight.

At the end of the '60s, Mad Dog's viciousness doubled when he formed a team with his brother, The Butcher. The siblings dominated the AWA's tag division, defeating The Crusher & The Bruiser for the tag titles in 1969 and successfully defending them for more than two years. Their sister, Vivian, would join the AWA soon after, winning the promotion's women's title in 1971.

Vachon continued to terrorize the AWA until 1984 when he joined WWE — 34 years into his wrestling career — before retiring in 1986. At this point, Mad Dog had become such an enduring figure in sports-entertainment that his insanity now drew cheers from the audience.

After wrecking havoc in the ring for decades, Vachon settled down in Omaha, Nebr., where he enjoyed a quiet life with his family. In later years, Mad Dog's legacy was carried on by his niece, the memorably twisted Luna Vachon, and notable brawlers who adopted Vachon's wild ring style like Bruiser Brody and George "The Animal" Steele. His considerable influence would also inspire renegade promotions like Extreme Championship Wrestling and, in many ways, WWE's "Attitude Era."

It is this unique influence, longevity and originality that earned Maurice "Mad Dog" Vachon a much deserved spot in WWE's Hall of Fame.