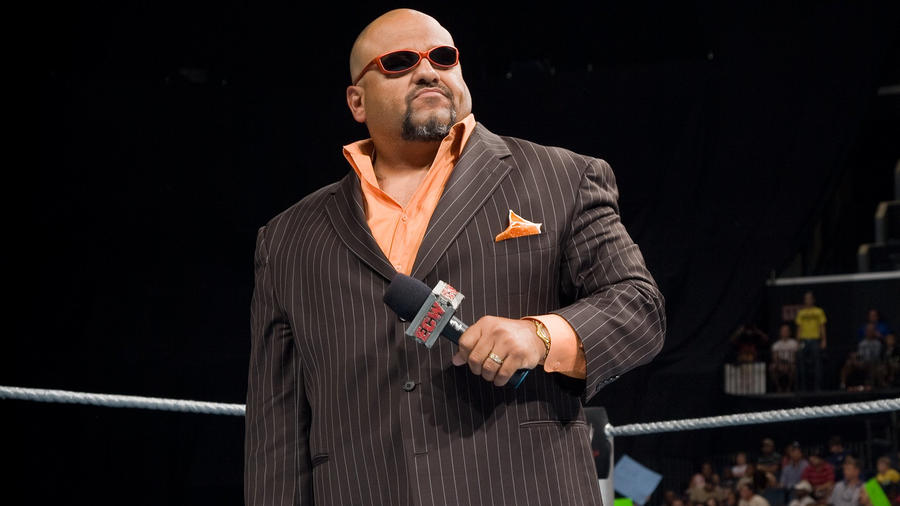 The Human Suplex Machine known as Tazz made competitors twice his size second-guess their decision to enter the world of sports-entertainment with those threatening words. Although he was far from the biggest man in the ring, the no-nonsense tough guy from the Red Hook section of Brooklyn, N.Y. toppled super heavyweights like Bam Bam Bigelow and Mike Awesome on his way to claiming every major title in Extreme Championship Wrestling.

Equipped with a rotten attitude and explosive power, Tazz disarmed opponents with martial arts throws and submissions, but it was his arsenal of suplexes that earned The One-Man Crime Spree his reputation as a dude you didn’t want to mess with. Dubbed “Tazzplexes” by ECW commentator Joey Styles, the brutal maneuvers put more men out of commission than polio. Just ask Sabu, Rob Van Dam or Kurt Angle what it felt like to be dumped on your head by Tazz.

A football standout in high school, the native New Yorker struggled to make a name for himself in sports-entertainment, as his 5-foot-9 stature failed to impress promoters. When he finally earned an opportunity in ECW, he seized it, but the rejections Tazz faced early on left him resentful and angry. Nicknamed  “The Most Miserable Man on the Planet,” by Styles, Tazz first debuted as the over-the-top Tazmaniac, but he evolved into a blunt shooter who warned ECW’s hardcore roster: “I don’t need weapons. My hands are my weapons.”

Tazz incorporated elements of judo and jiu-jitsu into his offense long before mixed martial arts reached prominence and was the first wrestler to make his opponents tap out instead of verbally calling for submission because they couldn't speak while trapped in his Tazzmission choke hold. Clad in his trademark orange and black, Tazz submitted his longtime rival Sabu at ECW’s inaugural pay-per-view event, Barely Legal, and suplexed his way through Shane Douglas to win the ECW Title in 1999.

Transitioning to WWE in 2000, Tazz made a memorable debut at the Royal Rumble in front of a raucous hometown crowd in NYC’s Madison Square Garden, where he handed Kurt Angle his first loss. He would go on to capture the Hardcore and World Tag Team Titles, but Tazz became best known to the WWE Universe as a commentator on SmackDown. Alongside his broadcast partner Michael Cole, the gruff New Yorker proved that The Human Suplex Machine was actually a sharp, quick-witted guy.

Although Tazz replaced his T-Bone Tazzplexes with insightful analysis and one-liners, sports-entertainment fans who witnessed him at his worst know they’ve never seen a more dangerous competitor.