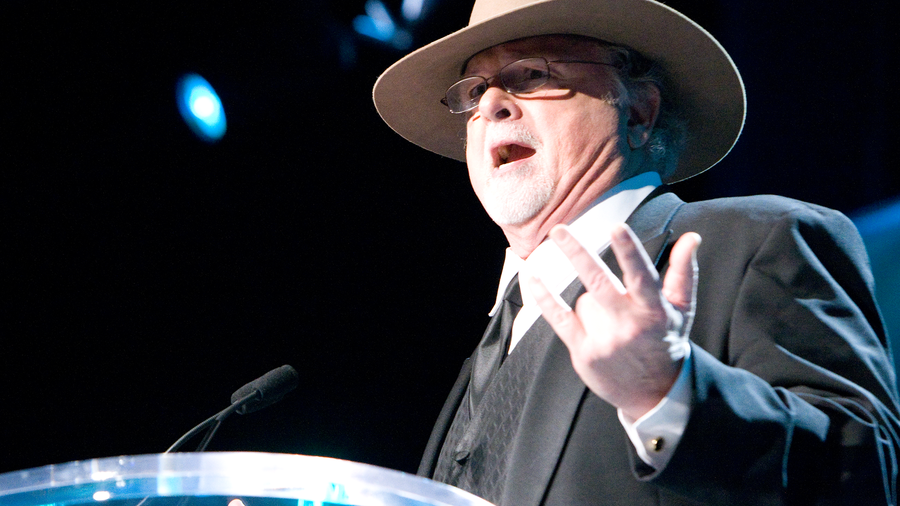 Inside the squared circle, he was as tough as they came. Outside the ring, his no-nonsense approach to doing business made him one of the industry's top promoters. With that, Cowboy Bill Watts now receives due recognition for his contributions by being inducted into the WWE Hall of Fame.

In the 1960s, this native Oklahoman competed in countless sectors of the United States and had more of his fair share of battles in Japan. So when Watts arrived in WWE in the middle of that decade, it was quickly understood by his peers that he meant business. Along with fellow WWE Hall of Famer Gorilla Monsoon, they were United States Tag Team Champions. Watts also had many an epic struggle with then-WWE Champion Bruno Sammartino, giving as good as he got in confrontations that took them up and down the eastern seaboard and into sold-out arenas throughout the mid to latter part of the 1960s.

Eventually, Watts decided to wind down his in-ring career and focus on the promotional end of the industry. His take-no-prisoners approach to doing business was regaled in the Mid South area of the United States, and it was there that Mid South Wrestling was born. The loyal and passionate fans in that area would be treated to many individuals who would later go on to join the ranks of WWE -- among them, popular WWE fixtures such as "Hacksaw" Jim Duggan, "Million Dollar Man" Ted DiBiase, Jake "The Snake" Roberts and WWE Hall of Famers The Junkyard Dog and Jim Ross. Another WWE Hall of Famer - "The Big Cat" Ernie Ladd, was also a mainstay in Mid South Wrestling, which in its latter years would become known as the Universal Wrestling Federation.

By the early 1990s, Watts would become involved in a managerial capacity with WCW, but it was already clear to wrestling enthusiasts everywhere that The Cowboy had conquered the industry as both a ring performer and as a promoter. For his countless contributions through the years on both fronts, WWE welcomed Cowboy Bill Watts as a member of its Hall of Fame Class of 2009.