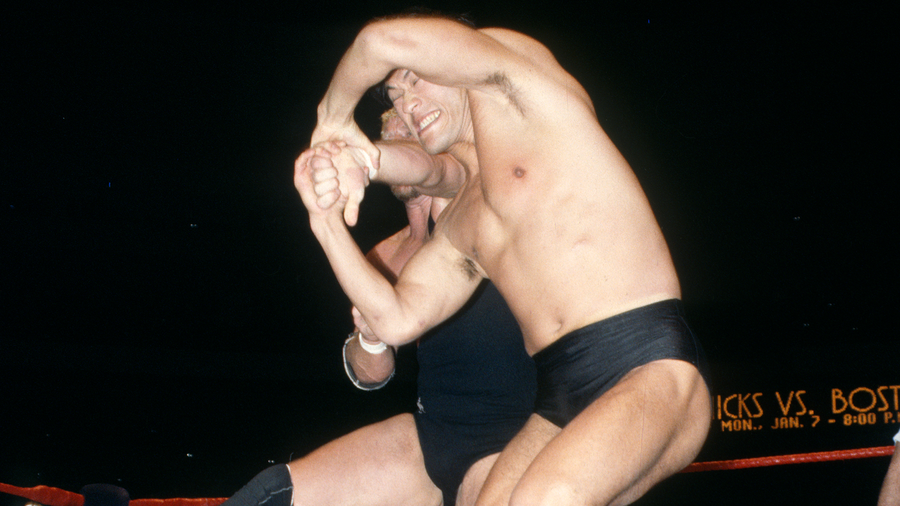 One of the key figures in the history of Japanese wrestling, Antonio Inoki is among the most respected men in sports-entertainment and a bona fide living legend in his homeland.

Born in Yokohama, Japan in 1943, Inoki spent much of his youth in Brazil where he was a national star in the shot put and discus throw. It was here that the young athlete met Rikidozan — perhaps the most famous Japanese wrestler of all time. The legend, impressed by Antonio's strength and athleticism, convinced Inoki to return to Tokyo to join his Japanese Wrestling Association.

A natural in the ring, Inoki formed a winning tag team in the JWA with another future legend, Giant Baba, but the talented competitor would find his greatest success in New Japan Pro Wrestling, a promotion he founded in 1972.

Over the course of the next two decades, Inoki built NJPW into the most successful wrestling company in Asia. Utilizing talented Japanese competitors like Tatsumi Fujinami and Riki Choshu, innovative high-flyers like Tiger Mask and Dynamite Kid and American Superstars like Bob Backlund and Vader, the young promoter created a product that was unique, influential and far ahead of its time. In addition to running the company, Inoki himself was one of the top stars in NJPW, carrying the championship and battling the likes of Stan Hansen, Tiger Jeet Singh and Hulk Hogan.

Inoki's most famous bout, however, took place on June 26, 1976 in Tokyo when he took on fighting legend Muhammad Ali in a rare wrestler vs. boxer match. By most accounts, the contest was uneventful — Inoki spent much of the bout on the ground kicking at Ali's legs — but it paved the way for the advent of Mixed Martial Arts, which would explode in popularity decades later.

More importantly, the bout exemplified Inoki's undying love and respect for professional wrestling. This passion for competition earned him the nickname "Moeru Toukon" amongst his peers, which translates to "The fighting spirit that burns." In fact, Inoki is so revered in the fight world that grapplers actually request to be slapped in the face by the man in hopes of receiving some of his courage.

This admiration was felt so deeply in his native Japan that Inoki was elected to the country's House of Councillors in 1989. During his time in office, Inoki represented his nation in meetings with the likes of Fidel Castro and Saddam Hussein.

Inoki was also an ambassador for professional wrestling, bringing major events to places like Russia and China. In 1995, Inoki battled Ric Flair in Pyongyang, North Korea in the main event of a festival that drew one of the largest live crowds ever to witness a professional wrestling bout. His retirement match, held on April 4, 1998 at the Tokyo Dome, drew more than 70,000 fans.

Just as those spectators paid tribute to the former IWGP Heavyweight Champion's amazing legacy, WWE did the same by welcoming Antonio Inoki into the WWE Hall of Fame Class of 2010.