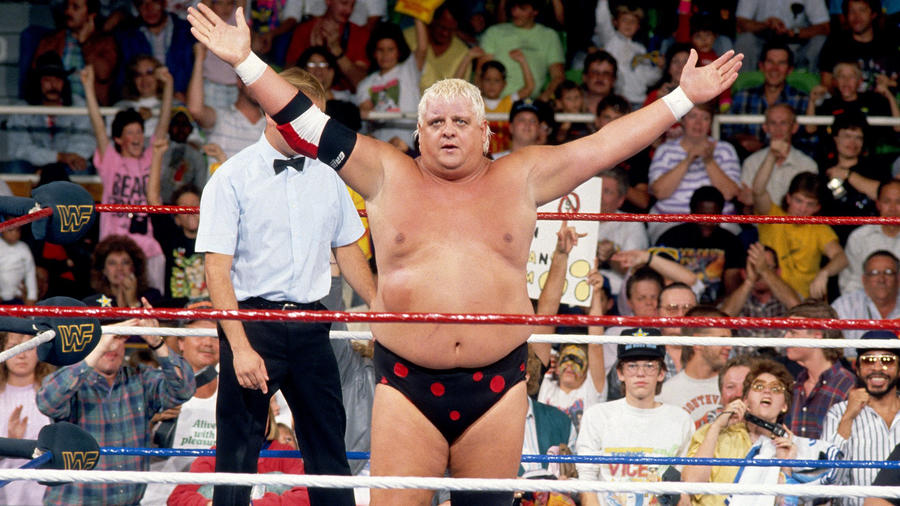 WWE fans remember him best as a fun-loving good guy who battled The Million Dollar Man and “Macho King” Randy Savage alongside his valet Sapphire, but Dusty Rhodes was much more than just a smiling Superstar in polka dot tights.

Born the son of a plumber in a poor area of Austin, Texas, Rhodes mixed a blue-collar work ethic with a soul singer’s charisma to become one of the most in-demand stars of the territory days of the 1970s and ’80s. Although he lacked the killer physique of a Hulk Hogan or the technical prowess of a Bob Backlund, “The American Dream” had a magnetism that simply drew audiences to him.

From Florida to New York City, crowds lined up to see Rhodes deliver his Bionic Elbow to rivals like Harley Race, Ernie Ladd and “Superstar” Billy Graham. But it wasn’t just the guarantee that Rhodes would spill copious amounts of blood and sweat that put butts in seats — it was The American Dream’s uncanny ability to "talk" people into the arena. Captivating behind a microphone, Rhodes had a TV preacher’s knack to sell his rags-to-riches story, a skill which was summed up in his most famous line, “I have wined and dined with kings and queens, and I’ve slept in alleys and dined on pork and beans.”

With his gutsy performances and indisputable charisma, Rhodes fought his way to the top of the NWA where he waged a brutal and lengthy war with the legendary Four Horseman while capturing the distinguished NWA World Heavyweight Title on three separate occasions. He also became a creative force behind the scenes, conjuring up inventive bouts like WCW’s oft-imitated War Games: The Match Beyond.

When he returned to WWE in 1990, Rhodes introduced WWE fans to his son, Dustin — a 6-foot-6 stallion who later redefined sports-entertainment under the outlandish guise of Goldust. More than a decade later, Dusty did the same thing when he brought the preternaturally talented Cody Rhodes into the ring.

His sons were more than capable of carrying on the Rhodes family legacy, but The Dream could still rumble in the ring even in his 60s. He proved that four decades into his career when he squared off with the dangerous Randy Orton at Great American Bash in 2007 — the same year he was inducted into the WWE Hall of Fame.

Six years later at WWE Battleground 2013, Dusty accompanied his boys Cody and Dustin when they teamed up to defeat The Shield and defend the Rhodes clan's honor in a definitive moment of the Rhodes family legacy. To the delight of the WWE Universe, the Hall of Famer showed he still had it, blasting Dean Ambrose with the Bionic Elbow at ringside. Not bad for the son of a plumber, and a dedicated father, caring husband and creative visionary who helped shape the landscape of sports-entertainment even well after he retired from in-ring competition.