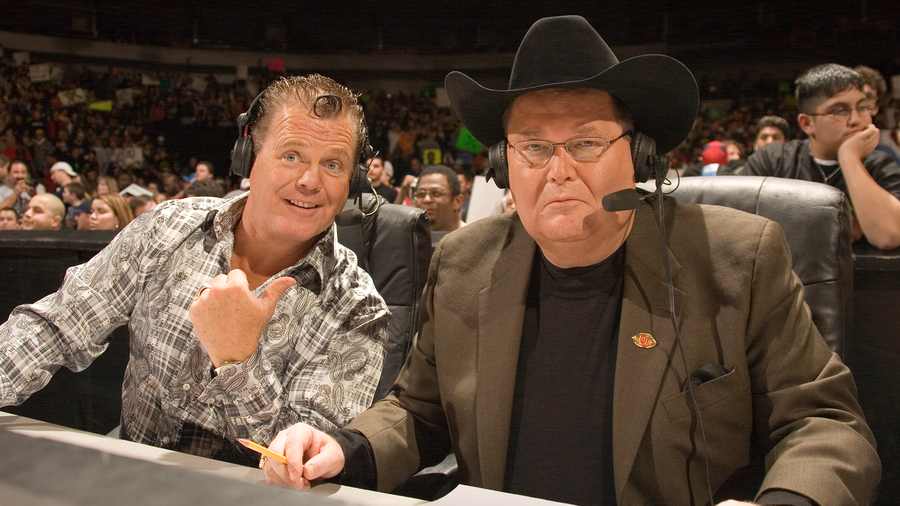 To put it bluntly, Jim Ross is a sports-entertainment institution.

As the play-by-play man on Monday Night Raw for nearly a decade, the tough Oklahoman has the resume to earn acknowledgement as one of the greatest commentators in the history of the squared circle. Coining the phrase "business is about to pick up" and sporting his trademark black Resistol cowboy hat, Good Ol' J.R. was a WWE staple in the broadcast booth following his debut in 1993.

With his unmatched passion and unmistakable southern twang, J.R. called the action on television to millions of fans worldwide each week. A walking wrestling encyclopedia, the 2007 WWE Hall of Fame inductee takes great pride in knowing all the stats and inside info on WWE Superstars.

However, J.R. isn't afraid of getting knee-deep in the action he's calling. From time to time, J.R. has even gone as far as to knuckle up and throw down in the center of the ring with Superstars like Jack Swagger and Triple H, not to mention fellow announce booth mate, Michael Cole.

Still, until leaving WWE in September 2013, Ross was always at his best when he was at ringside, beautifully calling the action of the business he's loved his whole life.