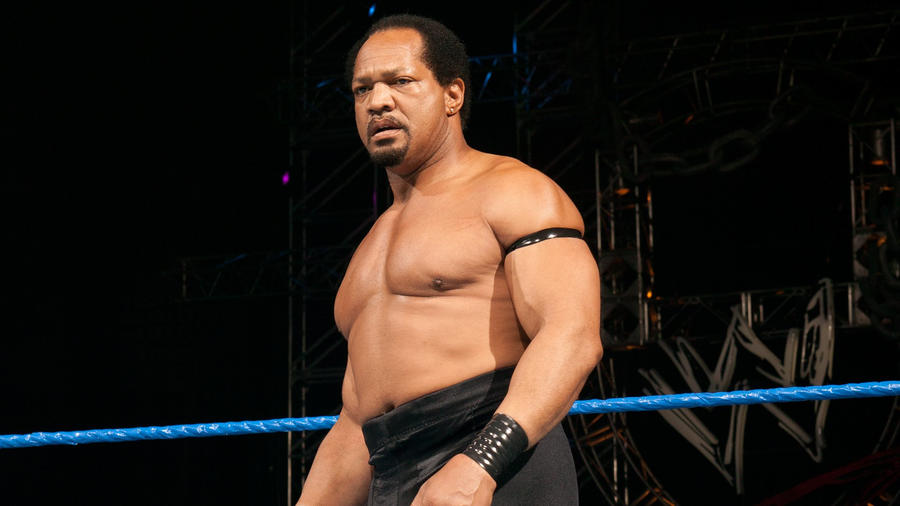 Ron Simmons is a man of few words, but his actions as a pioneer speak volumes.

A multiple-time tag champ in both WWE and WCW and a College Football Hall of Famer, the big man’s greatest achievement came on Aug. 2, 1992 when he defeated Big Van Vader to become the first officially recognized African-American world champion in sports-entertainment. Like "Sailor" Art Thomas, Bobo Brazil and Rocky Johnson before him, Simmons broke down barriers and paved the way for future Superstars like The Rock and Booker T.

The powerhouse’s journey to sports-entertainment immortality began in his native Perry, Ga., where he excelled on the football field. A nose tackle on defense, he earned All-American honors playing at Florida State University, where he ruled the turf under legendary coach Bobby Bowden. His No. 50 jersey was retired by Florida State University, and he was ultimately inducted into the Orange Bowl Hall of Fame for his accomplishments at FSU.

After playing for the Cleveland Browns in the NFL and the Tampa Bay Bandits in the short-lived United States Football League, Simmons focused his talents on the squared circle. Trained by Hiro Matsuda, he made his professional debut in 1986, evolving from up-and-coming NWA standout to tag team and World Champion in WCW. In NWA, Simmons also befriended SmackDown General Manager Theodore Long, as Teddy guided the big man and his partner Butch Reed in a team called Doom.

After a brief stint at ECW, Simmons joined WWE in 1996 under the name Faarooq and formed The Nation of Domination. Mentoring members like The Rock and Mark Henry early in their careers, he played a significant role in shaping the future of WWE. After a falling out with The Great One, Faarooq went back to his real name and teamed with JBL as The APA. As tough as they come, the two drank beer, smoked cigars and raised a lot of hell while winning the World Tag Team Titles three times between 1999 and 2001.

Towards the end of his career, Simmons became one of WWE’s most popular personalities with one word — “Damn!” Routinely appearing out of nowhere after a particularly tense or embarrassing situation in the locker room, he would unleash his booming voice on an unexpecting Superstar, sending WWE fans into hysterics. The hilarious vignettes made it clear that Simmons wasn't just a serious buttkicker, but he was funny as hell.

One thing is certain — Ron Simmons was a shoe-in to be voted into every Hall of Fame he was eligible for, including WWE's.