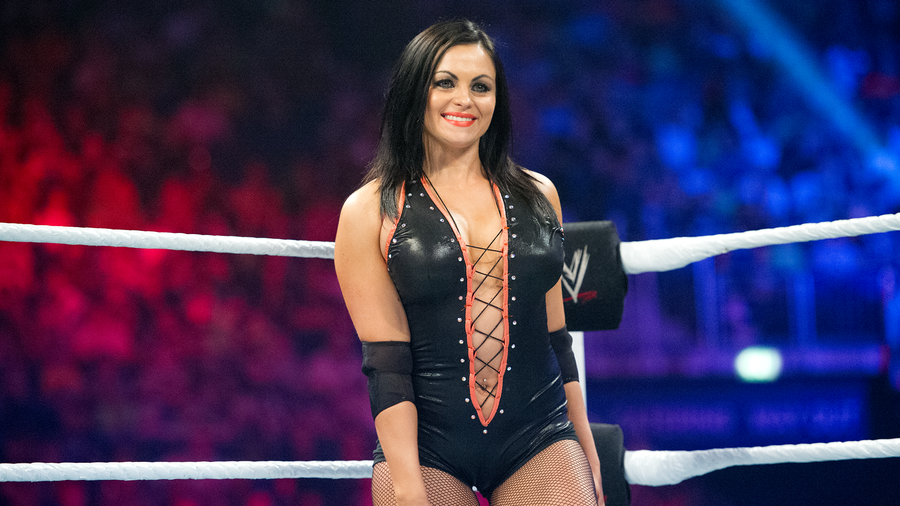 With more curves than the Monaco Grand Prix, this leather-clad Lithuanian came to WWE from the world of international bodybuilding competition and fitness modeling. Aksana debuted on the third season of WWE NXT, immediately setting herself apart as a feisty (and flirty) competitor and showcasing impressive strength and determination.

Following her brief marriage to Goldust on NXT, she cozied up to more of the powerful men of the WWE Universe, including Antonio Cesaro and Teddy Long. But Aksana was determined to shake up the Divas Division.

With her eye on the Divas Championship and determined to leave her mark in WWE, Aksana competed at WrestleMania and also earned victories over Divas Champions The Bella Twins and Natalya.