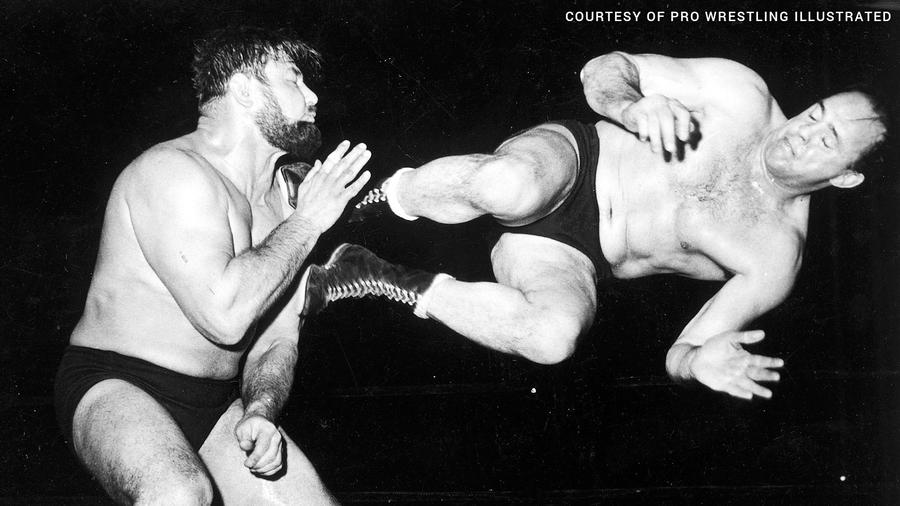 For more than four decades, Verne Gagne was a legendary wrestler and promoter in Minnesota and was an instrumental figure in the expansion of sports-entertainment in the early 1980s. Gagne rightfully took his place among many of sports-entertainment's other big names when he was inducted into the WWE Hall of Fame in 2006.

Growing up in Robbinsdale, Minn., Gagne was a three-sport athlete. While he also played baseball and football, his true skill was in wrestling, where he won multiple state championships. He then went on to the University of Minnesota where he continued to play football and wrestle. He left after one year to join the Marines at the end of World War II but returned to finish his college career a few years later. When his amateur days were over, Verne had four Big Ten Wrestling Championships, two NCAA Wrestling Championships, the 1949 AAU Wrestling Championship and a slot on the 1948 United States Olympic team on his resume.

Following a brief stint playing for the NFL's Green Bay Packers, Verne turned to professional wrestling at the urging of promotor Tony Stecher. Making his debut in Minnesota in 1950, Verne won several regional championships in the 1950s before heading to the newly formed American Wrestling Association in 1960. In August of that year, he was awarded his first AWA Championship when the first recognized champion, then–NWA Champion Pat O'Connor, failed to defend the championship against him.

In the 1960s and 1970s, Verne became both a wrestler and a promoter, eventually becoming the sole owner of the AWA. He remained an active competitor until the early 1980s, holding the AWA Championship 10 times between 1960 and 1981, as well as the AWA Tag Team Championship with Mad Dog Vachon in 1979. His rivalry with Nick Bockwinkel over the AWA Championship produced many memorable matches, and in fact, those two men were the only two to hold the AWA Championship between 1968 and 1982, as Gagne's ninth reign spanned over seven years. Although Verne officially retired in 1981, he would later wrestle in several special matches while still maintaining ownership of the AWA.

A key contributor to the business during its expansion boom in the 1980s, the late Gagne is also partially responsible for the phenomenon of Hulkamania. After Hulk Hogan failed to capture the AWA Championship on several occasions, Gagne let him leave the AWA in late 1983. Hogan immediately made his way to WWE, defeated fellow WWE Hall of Famer The Iron Sheik for the WWE Championship in January 1984, and the rest is history.

After the AWA ceased operations in 1991, Gagne left the wrestling business, eventually selling the AWA video library to WWE in 2003. Although he has been out of the business since then, Gagne's contributions to sports-entertainment are unmistakable, and he is certainly worthy of the title bestowed on him the night before WrestleMania 22: Hall of Famer.